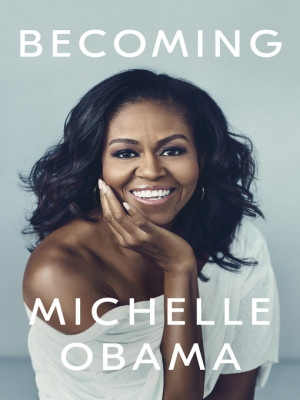 As part of our Unfinished Business - The Fight for Women's Rights activities, we've compiled our top picks that focus on powerful women and activism for women's rights.

On February 6th 1918, after campaigning for over 50 years, British women were finally granted the vote. In November 1919, the first woman MP, Lady Nancy Astor, was elected to the House of Commons. History was made. 100 years on, it is time to reflect on the daring and painful struggle women undertook to break into a political system that excluded them.

The Republic of Gilead allows Offred only one function - to breed. If she deviates, she will, like all dissenters, be hanged at the wall or sent out to die slowly of radiation sickness. But even a repressive state cannot obliterate desire - neither Offred's nor that of the two men on whom her future hangs.

They led while others followed. They stood up and spoke out when no one else would. They broke the mould in art, journalism and politics. Each fought, in her own way, for change. 'A History of the World in 21 Women' celebrates the lives, struggles and achievements of women who have had a profound impact on the shaping of our world.

The enthralling story of an extraordinary princess who became a sufragette and revolutionary, who lived through some of the most eventful times in British and Indian history.

In a culture that's driven by social media, women are using this online space to come together, share their stories and encourage a new generation to recognise the problems that women face. This book is a call to arms in a new wave of feminism, and it proves sexism is endemic - socially, politically and economically - but women won't stand for it.

Award-winning campaigner and writer Caroline Criado Perez shows us how, in a world largely built for and by men, we are systematically ignoring half the population. She exposes the gender data gap - a gap in our knowledge that is at the root of perpetual, systemic discrimination against women, and that has created a pervasive but invisible bias with a profound effect on women's lives.

Britain's best-known classicist Mary Beard, is also a committed and vocal feminist. With wry wit, she revisits the gender agenda and shows how history has treated powerful women. Her examples range from the classical world to the modern day, from Medusa and Athena to Theresa May and Elizabeth Warren. Beard explores the cultural underpinnings of misogyny, considering the public voice of women, our cultural assumptions about women's relationship with power, and how powerful women resist being packaged into a male template.

A collection of writing from extraordinary women, from Hollywood actresses to teenage activists, each telling the story of their personal relationship with feminism, this book explores what it means to be a woman from every point of view. Often funny, sometimes surprising, and always inspiring, this book aims to bridge the gap between the feminist hashtag and the scholarly text by giving women the space to explain how they actually feel about feminism.

In a life filled with meaning and accomplishment, Michelle Obama has emerged as one of the most iconic and compelling women of our era. As First Lady of the United States of America - the first African-American to serve in that role - she helped create the most welcoming and inclusive White House in history, while also establishing herself as a powerful advocate for women and girls in the U.S. and around the world, dramatically changing the ways that families pursue healthier and more active lives, and standing with her husband as he led America through some of its most harrowing moments.

In this freewheeling, feminist history of modern Britain Channel 4 journalist Cathy Newman explores the motivations of the women who played a crucial role in the dramatic transformations that took place in British women's lives from the mid-19th century onward. These were uncompromising women who seized - or created - opportunities for themselves and who refused to be bowed by tradition, convention, or their generation's hostile, entrenched views about gender. While a few of them are now household names, many more have faded into oblivion, their personal and collective achievements mere footnotes in the history we are told.

'Girl, Woman, Other' follows the lives and struggles of twelve very different characters. Mostly women, black and British, they tell the stories of their families, friends, and lovers, across the country and through the years.

From confidence to crying, from motherhood to activism, Deborah Frances-White explores what it means to be a 21st century woman in a series of essays that will make you laugh and think.