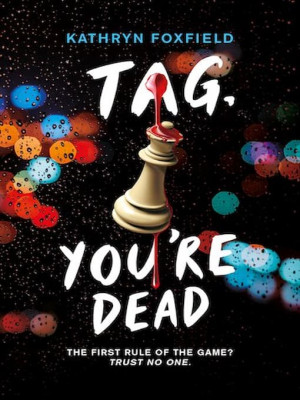 Looking for some new YA titles to read this July? Take a look at our top picks, from a modern retelling of the Persephone myth to a dystopian, Wild West adventure.

Her dark wings, by Melinda Salisbury

A potent, passionate modern-day take on the Persephone myth. Corey and Bree's friendship has always been unbreakable. Or so Corey thought, until Bree betrays her in the worst way possible, and then Bree's sudden death leaves Corey heartbroken and furious. But the Underworld calls to Corey too: enraptured by the passionate Furies, she is taken to the realm of a god who is unyielding, cold and irritatingly arrogant.

It will change her, because the more she learns about herself, the more Corey's own power stirs. But can she resist her darkness within?

The king is dead, by Benjamin Dean

James has been a prince all his life, and since he was born, he's been thrust into the spotlight as the first Black heir to the throne. But when his father unexpectedly dies, James is crowned king at seventeen, and his life irrevocably changes. When James' boyfriend suddenly goes missing, threatening envelopes appear in the palace, and gossip and scandals that only he knows are leaked to the public. As the anonymous informant continues to expose every last skeleton in the royal closet, James realises even those in his inner circle can't be trusted.

Borrow The king is dead →

The notorious Scarlett and Browne, by Jonathan Stroud

Scarlett McCain and Albert Browne have outwitted their pursuers and escaped into the wilderness once more, and it's not long before they become famous for their audacious heists across the Seven Kingdoms. Yet neither is fully able to escape the shackles of the past - as they discover when a dangerous job turns sour. Soon old enemies and sinister new threats are pressing in on every side, and Scarlett and Browne must pull off an impossible mission and strike out against The Faith Houses and the Brothers of the Hand if they are to save the people they hold most dear.

The exciting sequel to The outlaws Scarlett and Browne.

Borrow The notorious Scarlett and Browne →

Tag, you're dead, by Kathryn Foxfield

When teen reality star Anton Frazer unveils his latest stunt - a live-streamed, citywide game of Tag in which the prize is to be one of his live-in acolytes - his fans go wild. The whole world is watching. The contestants are kitted out with body cams, GPS trackers and pressure sensors that, if activated by a competitor, will send them out of the running. They venture into night-time London to hunt each other down. Four contestants in particular have alternative motives for being there, secret reasons to want to win despite the risk: money, revenge, obsession, and fame. And one of them will stop at nothing to be the victor at the end of the night.

From the author of Good girls die first.