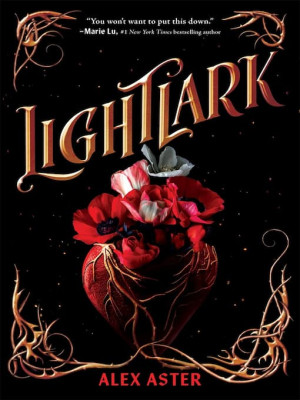 Looking for some new YA titles to read this August? Take a look at our top picks, from a spellbinding tale steeped in Arthurian legend to an exploration of race, class and love.

Cuts both ways, by Candice Brathwaite

Fiction debut from the author of I am not your baby mother.

Here is a sharp and authentic love story about 16-year-old Cynthia, who finds herself caught between two brothers: one who is Black and the other who is white. London is all Cynthia knows, so when her parents move her family to a place where there is only one bus an hour and the faint smell of horse manure continuously permeates the air, it's a culture shock, to say the least. As is transitioning to a private school.

At her new school, Cynthia immediately finds herself caught between two brothers - head boy Thomas, who is white, and his adopted Black brother, Isaac. There is something about Isaac she cannot quite get enough of - but her father is keen for her to partner up with someone like Thomas, someone who will be 'better for her future prospects'.

The last whale, by Christopher Vick

From killers to conservationists, the story of three generations of the Kristensen family, their history as whale hunters and later their mission to save the great whales and our planet.

I must betray you, by Ruta Sepetys

From the author of Salt to the sea.

Cristian has lived his entire life in the grip of a repressive dictatorship. The country is governed by fear. When the secret police blackmail him, Cristian has an impossible choice. Save the life of his sick grandfather by informing on his family, or risk his life - and all of theirs - by resisting? At 17, Cristian dreams of being free but doesn't know where to turn. In this climate of constant suspicion, can he trust his best friend, his girlfriend or even his family?

Borrow I must betray you →

Waking the witch, by Rachel Burge

From the author of The twisted tree.

Seventeen-year-old Ivy has spent years looking for her birth mother, but when she finally finds her on the remote Bardsey Island, rumoured to be the site of Avalon and King Arthur's last resting place, she is not remotely prepared for what greets her. Her mother abandoned her as a baby in order to keep her safe from witches who wanted to steal her away - the eight witches of Arthurian legend, who have long sought the ninth.

Welcome to the Centennial. Every 100 years, the island of Lightlark appears to host the Centennial, a deadly game that only the rulers of six realms are invited to play. The invitation is a summons - a call to embrace victory and ruin, baubles and blood.

The Centennial offers the six rulers one final chance to break the curses that have plagued their realms for centuries. Each ruler has something to hide. Each realm's curse is uniquely wicked. To destroy the curses, one ruler must die.

Isla Crown is the young ruler of Wildling - a realm of temptresses cursed to kill anyone they fall in love with. They are feared and despised, and are counting on Isla to end their suffering by succeeding at the Centennial. To survive, Isla must lie, cheat, and betray... even as love complicates everything.