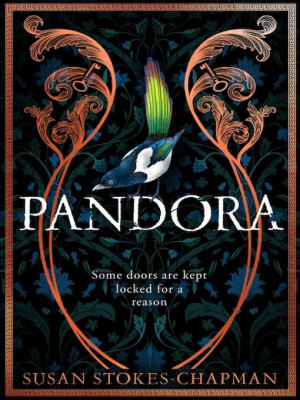 Take a look at our latest fiction titles for January 2022.

To paradise, by Hanya Yanagihara

In an alternate version of 1893 America, New York is part of the Free States, where people may live and love whomever they please (or so it seems). The fragile young scion of a distinguished family resists betrothal to a worthy suitor, drawn to a charming music teacher of no means.

In a 1993 Manhattan besieged by the AIDS epidemic, a young Hawaiian man lives with his much older, wealthier partner, hiding his troubled childhood and the fate of his father. And in 2093, in a world riven by plagues and governed by totalitarian rule, a powerful scientist's damaged granddaughter tries to navigate life without him - and solve the mystery of her husband's disappearances.

The couple at the table, by Sophie Hannah

You're on your honeymoon at an exclusive couples-only resort. You receive a note, warning you to 'Beware of the couple at the table nearest to yours'. At dinner that night, five other couples are sitting close by, but none of their tables is any nearer or further away than any of the others. It's almost as if someone has set the scene in order to make the warning note meaningless. Why would anyone do that?

You have no idea. You also don't know that you're about to be murdered, or that once you're dead, all the evidence will suggest that no one there that night could possibly have committed the crime. So who might be trying to warn you? And who might be about to kill you, and seems certain to get away with it?

Borrow The couple at the table →

London, 1799. Dora Blake is an aspiring jewellery artist who lives with her uncle in what used to be her parents' famed shop of antiquities. When a mysterious Greek vase is delivered, Dora is intrigued by her uncle's suspicious behaviour and enlists the help of Edward Lawrence, a young antiquarian scholar. Edward sees the ancient vase as key to unlocking his academic future. Dora sees it as a chance to restore the shop to its former glory, and to escape her nefarious uncle.

But what Edward discovers about the vase has Dora questioning everything she has believed about her life, her family, and the world as she knows it. As Dora uncovers the truth she starts to realise that some mysteries are buried, and some doors are locked, for a reason.

London, 1967: while the capital comes alive with the new youth revolution, the suburban Fischer family seems to belong to an older world of conventional stability. Homemaker Phyllis is married to Roger, a devoted father with a career in the Foreign Office. Their children are Colette, a bookish teenager, and Hugh, the golden boy.

But when the twenty-something son of an old friend pays the Fischers a visit one hot summer evening, and kisses Phyllis in the dark garden after dinner, something in her catches fire. Newly awake to the world, Phyllis makes a choice that defies all expectations of her as a wife and a mother.

Through the eyes of a woman whose unforgettable passion, determination, and sense of humour will carry her through a lifetime of upheaval, Isabel Allende once more brings us an epic that is both fiercely inspiring and deeply emotional.

The Twyford code, by Janice Hallett

It's time to solve the murder of the century. Forty years ago, Steven Smith found a copy of a famous children's book by disgraced author Edith Twyford, its margins full of strange markings and annotations. Wanting to know more, he took it to his English teacher Miss Isles, not realising the chain of events that he was setting in motion. Miss Isles became convinced that the book was the key to solving a puzzle, and that a message in secret code ran through all Twyford's novels.

Then Miss Isles disappeared on a class field trip, and Steven's memory won't allow him to remember what happened. Now, out of prison after a long stretch, Steven decides to investigate the mystery that has haunted him for decades. Was Miss Isles murdered? Was she deluded? Or was she right about the code? And is it still in use today?

Remember my name, by Sam Blake

If she'd turned off her phone, instead of listening in, perhaps no one would have died. When Cressida Howard catches her entrepreneur husband playing away from home, she hires security expert Brioni O'Brien to get the evidence she needs for a speedy and financially rewarding divorce. But what Brioni uncovers goes beyond simple infidelity. Because Laurence Howard is also in bed with some very dangerous people.

Bribery and blackmail are the least of his worries as someone comes after the women in his life - someone who is out to destroy Laurence and his empire, whatever the cost. And Cressida and her teenage daughter could soon be collateral damage, if she and Brioni don't act fast.

Read our latest Meet the Author interview with Sam Blake.

Once there were wolves, by Charlotte McConaghy

Inti Flynn arrives in the Scottish Highlands with fourteen grey wolves, a traumatised sister and fierce tenacity. As a biologist, she knows the animals are the best hope for rewilding the ruined landscape and she cares little for local opposition. As a sister, she hopes the remote project will offer her twin, Aggie, a chance to heal after the horrific events that drove them both out of Alaska. But violence dogs their footsteps and one night Inti stumbles over the body of a farmer.

Unable to accept that her wolves could be responsible, she makes a reckless decision to protect them. But if the wolves didn't make the kill, then who did? And can she trust the man she is beginning to love when he becomes the main suspect?

Borrow Once there were wolves →

Susannah has two beautiful daughters, a high-flying medical career, a successful husband and an enviable life. Her hair is glossy, her clothes are expensive; she truly has it all. But when - on the hottest day of the year - her strict morning routine is disrupted, Susannah finds herself running on autopilot. It is hours before she realises she has made a devastating mistake. Her baby, Louise, is still in the backseat of the car and it is too late to save her.

As the press close in around her, Susannah is put on trial for negligence. It is plain to see that this is not a trial, it's a witch hunt. But what will the court say?

The wanderer, by Luca D'Andrea and translated by Katherine Gregor

Out walking his St Bernard, Tony Carcano is confronted by a girl on a motorbike who shows him a photograph from his past. Of him posing with the body of a young woman. Smiling. 'Why were you laughing?' It's not the last Tony sees of Sybille Knapp, an orphan whose mother drowned herself in Kreuzwirt lake in 1999. That was the official verdict. Before long, Tony, a bestselling writer, is turning his imagination to working out what really happened.

But Kreuzwirt is a sullen, silent community, loyal to the powerful Perkman family, who will stop at nothing to keep the truth buried. And there are other forces at work in this valley. Stories of an ancient evil. Whispers of a figure who stands between this world and the next. The Wanderer sings and his song is the wind.

In the desolate outback town of Finnigans gap, police struggle to maintain law and order. Thieves pillage opal mines, religious fanatics recruit vulnerable youngsters and billionaires do as they please. Then an opal miner is found crucified and left to rot down his mine. Nothing about the miner's death is straight-forward, not even who found the body. Homicide detective Ivan Lucic is sent to investigate, assisted by inexperienced young investigator Nell Buchanan.

But Finnigans Gap has already ended one police career and damaged others, and soon both officers face damning allegations and internal investigations. Have Ivan and Nell been set up, and if so, by whom? As time runs out, their only chance at redemption is to find the killer. But the more they uncover, the more harrowing the mystery becomes, and a past long forgotten is thrown into scorching sunlight.