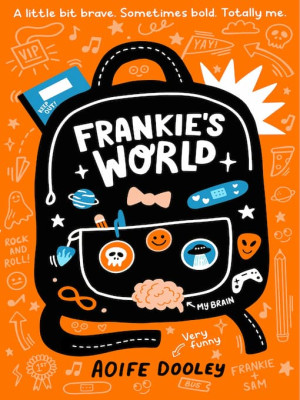 Looking for new titles for your little people? Take a look at our brand new childrens fiction and non-fiction books for January 2022.

Fruit and vegetables, by Tracy Cottingham

How many places can fruit and vegetables grow? Lift the flaps to see what is inside the greenhouse, behind the orchard gate and growing underground. From leafy green vegetables, to colourful tropical fruit and jewel-like berries, there is lots to discover on every page. With vibrant illustrations and simple, accessible text, this is the perfect introduction to fruit and vegetables for little ones.

Who is that with the long tail? What is making that sound? Who is diving in the pond? Lift the flaps to see what the birds are doing. Some like to play tag, others hide acorns and another builds nests in the strangest of places. With colourful illustrations and simple and interactive text, this is the perfect introduction to birds for little ones. Royal Botanic Gardens, Kew is a world famous centre for botanical and mycological knowledge.

Puppy talk: how dogs tell us how they feel, by Jess French and Penelope Dullagham

Learn exactly what your favourite canine is trying to tell you in this friendly and funny first board book about dog and puppy body language! In this beautifully illustrated board book, vet and TV presenter Dr Jess French provides the perfect introduction to living with dogs and puppies for young children.

In charming rhyming text, she shows how to read a dog's body language and what your pet might be trying to tell you through their tail wags, ear position and more! The book also provides tips for children on how to interact safely with their dog, to help them quickly become the best of friends. The perfect gift for the new young pet owner and their parents.

Colour and me!, by Michaela Dias-Hayes

The first in a two-book series that champions and empowers children of colour in beautifully simplistic ways. This book teaches children how to mix colours, and how all three primary colours, mixed together, make beautiful brown.

Borrow Colour and me! →

I am hungry, by Michael Rosen and Robert Starling

Look out, this squirrel is hungry. So hungry it could eat boiled rice, chocolate mice, a gingerbread man - even a frying pan! Is there anything it won't eat? A rollicking ride of increasing absurdity and imagination, this hilarious picture book captures the occasional outlandishness of toddler moods. Based on the popular poem from 'A Great Big Cuddle, I Am Hungry' is a terrific read-aloud from the master of rhyme, Michael Rosen, coupled with brilliantly bold illustration from Robert Starling.

Borrow I am hungry →

Twenty unicorns at bedtime, by Mark Sperring and Tim Budgen

What's the best way to help little ones fall asleep? Introduce them to super cute unicorns, of course! With cuddly, laughing and magical unicorns on every page, and a fun story showing children how to count from one to twenty.

A hero called Wolf, by Lucy Rowland and Ben Mantle

Wolf loves reading. There's just one problem. The more he reads, the more he starts to realise something. Every book has a hero; the heroes are handsome, tough and strong; and most importantly, the heroes are never, ever wolves.

But when a giant comes stomping into the library one day, can Wolf find the courage to speak up? Because maybe heroes don't have to be handsome, tough and strong. Maybe true heroes are kind and brave – just like Wolf!

A feel-good, rhyming picture book, with a positive message about being the hero of your own story!

Monster is hungry. He wants pizza. And he's got a phone! But uh oh - who is he going to call? Hold the line - Monster is in for a wild ride! Warning: This book may make you laugh your socks off! A hilarious picture book that's perfect for anyone who's ever really wanted pizza!

Bunny vs Monkey and the supersonic Aye-Aye, by Jamie Smart

There's a new animal joining Bunny and the gang. Ai - a supersonic, super-fast aye-aye! But how will Ai fit in to the Woods? What mischievous schemes is Skunky cooking up? And will Monkey ever stop trying to hit her with a stick?

Borrow Bunny vs Monkey and the supersonic Aye-Aye →

When the war came home, by Lesley Parr

The First World War has ended, but it hasn't gone away. When Natty has to move to a new village, she meets two young soldiers who are still battling the effects of war. Huw can't forget the terrible things he's seen, but Johnny doesn't even remember who he is. As Natty tries to keep a secret and unravel a mystery, she finds her own way to fight for what she believes in - and learns that some things should never be forgotten.

Borrow When the war came home →

How do you fit in and stand out when you feel different to everyone around you? 12-year-old Frankie knows she's not like anyone else in her class: she's different, but she can't quite figure out why. Is it the new freckle on her nose, or the fact she's small for her age? Or that she has to go to the hospital sometimes?

Everyone else seems to think she's weird too, and they make fun of her at school. Frankie's dad left when she was a baby - maybe he was different too? It would explain why she always feels like an alien. So she and her best-friend Sam, embark on a mission to track him down.

The hunt for the nightingale, by Sarah Ann Juckes and Sharon King-Chai

Ten-year-old Jasper has been waiting all spring for his beloved nightingale to return to his garden and sing. But it's not there, and neither is his sister, Rosie. His parents seem sad and preoccupied, so gathering his courage, his backpack and his treasured Book of Birds, Jasper sets out alone on a walk to find them both. The expedition takes Jasper through town and country, meeting a host of characters who are also searching for lost things.

Helping his new friends, Jasper begins to see that he may not find what he is looking for when he reaches the journey's end, but even in the darkest of moments, a nightingale's song can be heard somewhere.

Borrow The hunt for the nightingale →

The green planet, by Leisa Stewart-Sharpe and Kim Smith

Earth is dominated by plants, which outweigh all other life - from tiny duckweed floating in our ponds to giant sequoia trees towering above us. It's easy to take plants for granted, but we depend on these light-eaters, oxygen-generators, and rain-makers for every breath of air and mouthful of food we take. But that's not all. In the world of plants, time passes more slowly, but if we speed months into minutes we can peer into this hidden world and realise: it's a battleground.

Plants are working to thwart their enemies, and to trick animals into working for them. Right under your feet, and all around you, is a secret world you've probably never noticed. Until now. Let's explore our Green Planet: a secret world of plants that might change how you see plants forever.

Discover nature at night with this split-page book. Travel from the woods at dusk to the lofty Himalayan Mountains, and learn all about the natural world which thrives after the sun goes down.

Adam and Lisa Murphy's award-winning series of graphic novels continues, interviewing the most ground-breaking explorers from history! Journey round the world with Ferdinand Magellan, take to the skies with Amelia Earhart, and sled through the coldest depths of a South Pole winter with Ernest Shackleton! But that's not all - discover both sides of the Conquistador story from Hernan Cortez and Malinalli, and meet Pythias, the Ancient Greek who 'discovered' Britain, among many others!

My book of fossils: prehistoric treasures to intrigue, inspire, and thrill!, by DK Books

From glittering ammonites to razor-sharp dinosaur claws and delicate leaf impressions, uncover our world's primeval past through the incredible fossils left behind. Arranged by plant or animal type, there are profiles of 50 key fossils, including well-loved favourites, such as triceratops, and more curious remains, such as fossil fish teeth. Learn all about how fossils form, where they are found, and how ancient animals are reconstructed. Filled with facts and containing recently discovered species, this book will help even the biggest fossil fans learn something new.

Borrow My book of fossils →

The Great Wall through time: a 2,700-year journey along the world's greatest wall, by DK Books and Fei Du

Embark on an unforgettable time-travelling journey along one of the world's greatest landmarks - the Great Wall of China. Spanning 2700 years and over 21,000km (13,000 miles), this illustrated children's book reveals the fascinating story of the Great Wall and the individuals that helped build it.

Borrow The Great Wall through time →