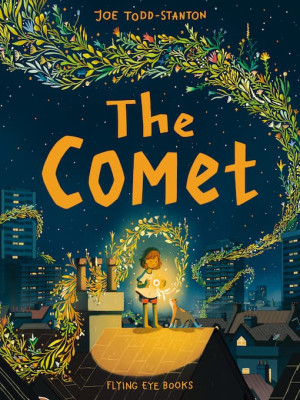 Looking for new titles for your little people? Take a look at our brand new children's fiction and non-fiction books for March 2022.

In this first seaside book, there are crabs to find in rock pools, dolphins playing in the sea, turtles paddling underwater and many more sea creatures to discover and bring to life.

With vibrant artwork printed on white board, robust easy-to-use mechanisms for tiny hands and a rhyming text with friendly animal facts, these are the perfect books to captivate curious little explorers time and time again. In this first countryside book, there are hares to find in the grass, bees to buzz between the flowers, swallows to swoop through the sky and many more countryside creatures to discover and bring to life with the moving parts.

Penelope Snoop has a new case to solve - her favourite toy, Sidney the Smelly Sock Snake, has disappeared. With her trusty sidekick, Carlos the dog, Penelope sets out to uncover the mystery - and begins a search for the Sock Snake which will take them right up into outer space!

The spring rabbit: an Easter tale, by Angela McAllister and Christopher Corr

At the end of winter, a girl named Spring awakes from her slumber in the snow. She travels through the forest and finds a little bird that has fallen from a tree. The bird is so cold and weak that Spring can hardly hear its heartbeat, so she turns it into a rabbit with thick, soft fur so it will be warm. To show their gratitude, birds gather eggs which Rabbit collects in a beautiful basket. Spring tells Rabbit to give them to the children so that they will know Spring is here. This beautiful tale shows young children how the Easter Bunny came to be.

Hello: one magic word connects us all, by Viola Wang

Many years ago, when the world was still young, Nüwa was the only person on Earth. She was very happy playing with the fish and the birds, but she longed for someone she could talk to. Then one day, Nüwa found a way to create a friend. And when this new little person said, 'Hello!', something magical began to happen.

A re-imagining of the Chinese creation myth.

Borrow Hello: one magic word connects us all →

The comet, by Joe Todd-Stanton

When Nyla is forced to leave her home in the country to start life again in the city, all she can think about is everything she misses from before. So when a comet comes crashing through the city streets and starts growing into a forest, Nyla can't resist a chance to head somewhere that feels closer to what she had before. But what starts as an escape could be just the thing to make her finally feel at home. 'The Comet' touches on the stress and pain of moving house, but also how it can open us up to new experiences.

Ants in our P.A.N.T.S., by John Patrick Green

With agent Brash trapped in a mysterious coma, the technicians at S.U.I.T. have designed the ultimate replacement: RoboBrash! This high-tech replica has been programmed with all of the original Brash's crime-fighting skills and knowhow - but it seems he's got a few bugs in his system! Will Mango and his new partner be enough to stop the giant ants that are on a rampage in the city? Orchestrated by the spaced-out villain, Maestronaut, and Houdino, the dinosaur escape artist, it seems criminals are certainly upping the ANT-y!

When classmates (but not mate-mates) Hallie, Angelo, Gustav and Naira are forced to come to school on a SATURDAY, they think things can't get much worse. But they're wrong. Things are about to get seriously scary. What has dragged their teacher underground? Why do the creepy caretakers keeping humming the tune to Itsy Bitsy Spider? And what horrors lurk in the shadows, getting stronger and meaner every minute? Cut off from help and in danger each time they touch the ground, the gang's only hope is to work together.

The lost whale, by Hannah Gold and Levi Pinfold

What if you could communicate with a whale? Rio has been sent to live with a grandmother he barely knows in California, while his mum is in hospital back home. Alone and adrift, the only thing that makes him smile is joining his new friend Marina on her dad's whale watching trips. That is until an incredible encounter with White Beak, a gentle giant of the sea changes everything. But when White Beak goes missing, Rio must set out on a desperate quest to find his whale and somehow save his mum.

New from here, by Kelly Yang

Ten-year-old Knox Wei-Evans never expected to have to move countries in two days. But when the coronavirus hits Hong Kong, his mum makes the last-minute decision to move him and his siblings back to California, where they think they will be safe from the virus. Except his dad - Knox's best friend - has to stay behind to work. And his older brother Bowen would rather share a room with a mosquito than with Knox.

At his new school in California, Knox struggles with being the new kid. The other kids think that because he's from Asia, he must have brought over the virus. At home, Mum's freaking out over their loss of health insurance, since she just got fired, and Dad doesn't know when he'll see them all again, since the flights have been cancelled. And everyone struggles with Knox's blurting-things-out problem. As racism skyrockets during COVID, Knox tries to stand up to hate.

Libby and the Parisian puzzle, by Jo Clarke and Becka Moore

Mystery-lover Libby is excited but nervous when she's sent to live with her aunt while her mother is working abroad. Her Aunt Agatha is the headmistress of an extraordinary travelling school that moves from country to country. Libby joins the school in Paris, where she is just starting to find her feet, when Agatha is arrested, accused of a daring jewel robbery. Can Libby and her new best friend Connie find the real thief and save her aunt?

Borrow Libby and the Parisian puzzles →

Beyond belief, by Alex Woold and Jasmine Floyd

Today's innovators are often inspired by the futuristic visions of science fiction - worlds in which humans can travel through time, teleport, upload their minds to a computer and create artificial life. But did you know that many of these strange and far-fetched ideas could one day emerge as real technologies? Learn what steps scientists are taking to make these dreams real, and what the implications may be for humanity.

How deep is the ocean?: with 200 amazing questions about the ocean, by Steve Setford

What is an ocean? How do waves form? What lives at the bottom of the sea? This children's book helps inquisitive minds find out the answers to all the questions they may have about seas and oceans, and some they hadn't thought of! Featuring amazing sea creatures, geological wonders, and marine exploration, 'How Deep is the Ocean?' lets children dip their toes into oceanography and explore its incredible depths. Each page asks and answers a different question, and features a quick quiz designed to cement new knowledge.

Borrow How deep is the ocean? →

Right on track, by Terry Deary and Mike Phillips

Discover all the foul facts behind the story of trains and railways across the world with history's most horrible headlines: locomotive edition. The master of making history fun, Terry Deary, turns his attention to the tracks. From the puffing pioneers of the British railways, Victorians who worked down in the mines to the money grabbing railroad surveyors in the United States steam rolling the industrial revolution forwards, the abysmal accidents to the badly built bridges, smoky tales, tunnel disasters and more, it's all in 'Right on Track'.