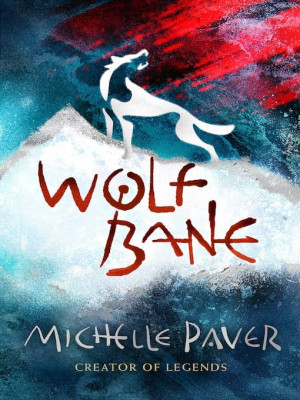 Looking for new titles for your little ones? Take a look at our brand new children's fiction and non-fiction books for April 2022.

The fears you fear, by Rachel Rooney and Zehr Hicks

What happens if you meet a Fear? It's a frightening thing, and it's different for us all. Some are helpful and keep us safe, others cannot be explained. You can fight them and tame them, but sometimes, you might find you were mistaken, and the Fear was really excitement all along! One thing's for sure - often the things you fear are more afraid of you.

Borrow The fears you fear →

A best friend for bear, by Petr Horáček

Black Bear is feeling lonely, so he decides to look for a friend. Luckily, he meets Brown Bear, who is in the same situation! The bears decide to search for a friend together. They search everywhere, but their elusive friend is nowhere to be found. Or have they been right there all along?

Borrow A best friend for bear →

Tilly and Shadow have just moved house. But when Tilly starts her new school, Shadow the dog must stay outside, and Tilly has to play all on her own. So Tilly's teacher tells her to try the friendship bench - but someone else is already sitting on it.

The royal leap-frog, by Peter Bently and Claire Powell

Mia makes a meadow, by Rachel Lawston and Beatriz Castro

Mia loves all things messy and muddy. Erik likes things spick-and-span and spotless. Together they enjoy their shared garden. But when Mia is left to tend the garden without Erik, nature starts taking over in no time at all! Will he like the wild meadow that has replaced his lawn? With pollinators and wildflowers, join Mia as she makes a meadow!

The Cat Kid Comic Club is going in all different directions! Naomi, Melvin and siblings are each trying to find their purpose. Naomi has an idea to get rich quick that causes a lot of commotion and emotion. And when faced with rejections, the friends try and try again to stay true to their vision. To top it off, a surprise visitor comes to class to stir things up. Will a desire for money and power cloud Naomi's purpose? Is it quitting time? Will the club ever be the same?

Skandar and the unicorn thief, by A.F. Steadman

Thirteen-year-old Skandar Smith has only ever wanted to be a unicorn rider. To be one of the lucky few selected to hatch a unicorn. To bond with it for life; to train together and race for glory; to be a hero.

But just as Skandar's dream is about to come true, things start to take a more dangerous turn than he could ever have imagined. A dark and twisted enemy has stolen the Island's most powerful unicorn - and as the threat grows ever closer, Skandar discovers a secret that could blow apart his world forever...

Borrow Skandar and the unicorn thief →

It is early spring, a turbulent, perilous time of sudden storms, frozen river fractures and drifting ice. Fleeing from a demon intent on devouring his souls, Wolf is swept out to Sea far from the Forest and his pack. The ocean too teems with danger: sea wolves, sharks and hunters of the deep, and the demon is gaining ground. Torak and Renn must race to save their pack-brother, battling the harsh, icy waves and merciless torrents. If they can't find Wolf in time, the bond between them will be severed for ever.

Ed and his sister Roo are faced with the most boring half-term holiday in history: five days spent in the company of their elderly neighbour Miss Filey, and her ancient, smelly cat. But when they find a box of birthday candles in a cupboard in Miss Filey's house, their world is changed completely. These are no ordinary candles, every single one of them comes with a real wish. There's only one problem: some of those wishes actually belong to someone else.

24 hours on Planet Earth, by Nicola Davies and Jennie Desmond

Where on Earth are you, right now? It's late where I am and almost everyone's asleep, but I'm awake, looking out into the night. Wondering. As the clock strikes midnight, a little girl and her sister visit animals of every shape and size, all around the world - discovering that, in some places, creatures have just started their day, where in others they're already busy hunting for food. Turning the popular concept of time-zones on its head and combining it with a powerful climate message and delightful illustrations, this book is narrative non-fiction at its most spellbinding.

You don't have to be loud: a quiet kid's guide to being heard, by Ben Brooks

Around 60% of adults identify as 'shy' - just one of the facts that Ben uses to 'normalise' shyness, outlining stories of famously shy people from the past and the present - Charles Darwin, David Bowie, Greta Thunberg, Rosa Parks, Beyonce, Emma Watson - revealing the stories of successful adults who grew up shy but didn't let it get in the way of their passion and creativity.

Shy kids often have great innate skills - listening, creativity, kindness, compassion and problem-solving - so being shy or quiet is not something to 'outgrow' but something to embrace and be proud of. Unique to the children's market, this book will help shy kids to thrive in their own (quiet) way.

Borrow You don't have to be loud →

Shy and mighty: your shyness is a superpower, by Nadia Finer

Shyness is often misunderstood. It's not a personality flaw, it's a complex trait with many positive aspects. However, shyness means many kids struggle to speak up in class, get involved in activities, make friends, put themselves forward, and compete. As a result they can miss out on exciting opportunities, and are often overlooked, ignored, and sidelined, but it doesn't have to be this way.

'Shy And Mighty' offers a new way of looking at the subject that will comfort and reassure shy children and help them overcome the aspects of their shyness that are holding them back, without pretending to be something they're not.

Black in time: awesome black Britons from yesterday to today, by Alison Hammond

Let me ask you a question: How many Black people can you name from our history? Mary Seacole? Ira Aldridge? George Bridgetower? Pablo Fanque? Walter Tull? Have you heard of these people? Yes? That's great! But if you haven't, don't worry, you're not alone, which is why I'm so excited to tell you all about them. Because the people in this book should be totally famous given the AMAZING things they've done! And we're not going to stop in the past, I'll introduce you to people making waves right here and now! From sportspeople to scientists, activists to musicians, politicians to writers, we're going to meet a whole bunch of AWESOME people who have helped shape the world we live in.

Empower young readers to think critically about the images they see, reflect upon their own inner and outer beauty and find perspective in a harsh world. 'BeYOUtiful' celebrates the diversity in how we look.

The secret signs of nature: how to uncover hidden clues in the sky, water, plants, animals and weather, by Craig Caudill and Carrie Shryock

Meet two young adventurers as they discover the ancient art of reading outdoor clues. Join them as they learn to read a full moon, decode the colour of the ocean and forecast the weather with a rainbow, uncovering the secret signs of nature and a world of forgotten skills.

Borrow The secret signs of nature →