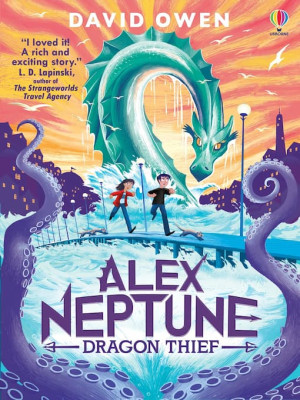 Looking for new books for your little ones? Take a look at our brand new children's fiction and non-fiction books for August 2022.

Ten cats discover three cans of paint and blotches, splotches and splats go everywhere. A funny exploration of colour from award-winning author/illustrator Emily Gravett, this is a wonderfully simple and engaging picture book. While learning about counting and colours, very young children will delight in the adorable kittens on every spread and the simple text that is perfect for reading aloud.

We are the shapes, by Kevin Jenner

Meet the Squares. They are straightforward, supportive and reliable. Squares like things to be even. But they don't get on very well with the Triangles. The Triangles are edgy, sharp and creative but they really don't like the Squares. Circle comes across these two groups but just can't take a side! When a fight breaks out between the two shapes, will circle be able to help turn things around?

Borrow We are the shapes →

The perfect present, by Petr Horáček

Tom and Mot are best friends. On their birthday, Tom gives Mot a feather - but could it be a feather from the most spectacular bird in the world? Mot gives Tom a marble - or is it the smallest planet in the universe? Tom would like to give a whale, a dolphin, a sea monster, an elephant, while Mot would give rivers, mountains, forests and even the sun! But after a joyful day playing together, what is the best present of all?

The first in a sparkling new series of 'pick your own' picture book adventures!

The cake escape, by Swapna Haddow and Sheena Dempsey

Lin the panda is on a mission: to find her best friend, Fu. He's disappeared from the zoo! Has he been stolen by the Horrid Human? Only her badness can help her find him. Luckily this panda is as fearless as she is fluffy! Just don't call her 'cute'.

The Mega Robo bros face their most dangerous threat yet: the evil robot Wolfram is trying to bring about the end of the world by melting all the ice in the Arctic. Only Alex and Freddy can stop him!

The worlds we leave behind, by A.F. Harrold and Levi Pinfold

Hex never meant for the girl to follow him and his friend Tommo into the woods. He never meant for her to fall off the rope swing and break her arm. When the finger of blame is pointed at him, Hex runs deep into the woods and his fierce sense of injustice leads him to a strange clearing in the woods - a clearing that has never been there before - where an old lady in a cottage offers him a deal. She'll rid the world of those who wronged him and Hex can carry on his life with them all forgotten and as if nothing ever happened.

But what Hex doesn't know is someone else has been offered the same deal. When Hex's best friend Tommo wakes up the next day, he is in a completely different world but he only has murmurs of memories of the world before. Moments of deja vu that feel like Tommo's lived this day before. Can Tommo put the world right again? Back to how it was?

Borrow The worlds we leave behind →

Mia and the lightcasters, by Janelle McCurdy and Ana Latese

Mia always dreamed of being an umbra tamer until she met the wild creature on the Nightmare Plains. Since that day, she prefers to stay safe within the walls of Nubis. Safe, that is, until a surprise attack. With her parents captured, Mia's only hope is to travel to the City of Light to find help. But with only her little brother, two friends and one solitary tamed umbra, the journey feels impossible. Mia not only has to overcome her fears, she also has to learn to harness her umbra taming abilities if they are to complete the quest in time.

Borrow Mia and the lightcasters →

Eshe and her twelve sisters are Fairy Godmothers, honoured for the incredible gifts they can bestow. But Eshe's special abilities are a little different - she can glimpse into the future! And, one day, Eshe foresees something terrifying: a world blanketed in creeping vines and a girl covered in thorns. Eshe needs to stop her vision becoming true, but it will require old and powerful magic. And she won't be able to do it alone.

For as long as Alex Neptune can remember, the ocean has been trying to kill him. So he's not too happy when a bunch of sea creatures drag him to the abandoned aquarium on the hill, where an imprisoned water dragon needs his help. But how can he say no to a magical myth? Recruiting his tech-genius best friend Zoey, legend-lover Anil, a sharp-shooting octopus, four acrobatic otters and a thieving seagull, Alex plots a heist to break the dragon out. And suddenly discovers the power of the ocean at his fingertips.

Loki: a bad god's guide to taking the blame, by Louie Stowell

The sequel to Loki: a bad god's guide to being good.

Odin has given Loki another chance to prove himself worthy of Asgard. But earning everyone's trust is tricky, and when Thor's hammer goes missing, everyone blames Loki, To clear his name he must find Thor's beloved and uncover the real thief. Then force everyone to admit they were wrong. An easy feat for someone as handsome and clever as Loki.

Borrow A bad god's guide to taking the blame →

From potions and ointments to modern day bionics, the journey through medicine has been one full of experiments, trials and breakthroughs. Humankind's battle to stay alive has been horrifying, bizarre and exhilarating, and there is still a long way to go. Uniquely presented through a series of posters, comic-strip retelling, timelines, newspaper articles and much more, this strikingly illustrated book charts the history of medicine in engaging and unusual ways - guaranteed to keep children gripped.

Powered by plants: meet the trees, flowers and vegetation that inspire our everyday technology, by Clive Glifford and Gosia Herba

'Powered by Plants' explores the world of plants and how their properties are increasingly helping to shape the cutting edge of human technology and design.

How to survive anywhere: staying alive in the world's most extreme places, by Ben Lerwill

From the dense rainforests of the Amazon to the chill of the snowy Arctic, come on an intrepid adventure to the world's most extreme places, and find out just what it takes to survive there. Discover how to navigate the vast Australian outback, keep yourself alive in a sandstorm in the Arabian desert, avoid a bear attack in a North American forest, explore the dark depths of the Atlantic Ocean and even perform a spacewalk up in orbit!

Borrow How to survive anywhere →

Readers can find out what the strongest, deadliest, fiercest, cleverest, hottest, coldest, smelliest and weirdest things are. Ideal for children who want the information but are daunted by the sheer size and word count of other 'Records' books. There are facts about all kinds of animals, amazing achievements by people around the world, the most impressive computers and robots, and even the most powerful forces in the known universe.

The funny life of football, by James Campbell and Rob Jones

Want to know why octopuses can't play football? And how to play the game across multiple dimensions? How about learning the real rules of how football is played, why Henry VIII banned it, plus where it came from and who the greatest players of all time are? Whether you love a game of table football, can't get enough of back-garden ball, only enjoy the game from your sofa or would sooner swim with sharks than play it, if you love to laugh - then this is the book for you!

Borrow The funny life of football →