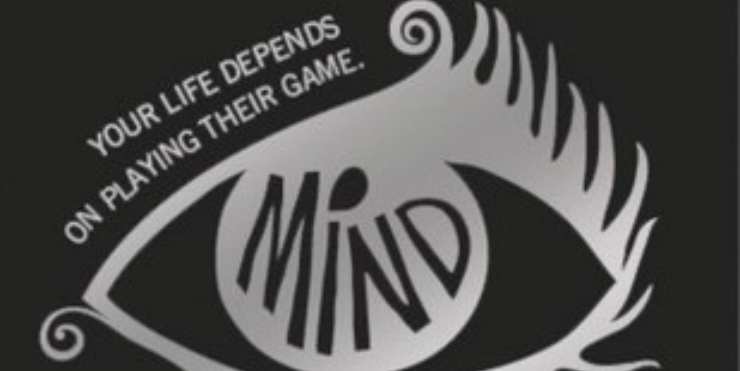 See Mind Games in our catalogue

Mind Games is set in the future, where technology is taking over. Conversations are minimal as people have an ‘implant’ in their minds, enabling them to communicate via thoughts, unless they're Medical Exemptions (MEs), Refusers on Religious Exemption (REs), Hackers or Refusers. 17-year-old Luna Iverson falls into the last category, as she has no implant and refuses to use PIPs (Plug In Points) to access virtual worlds.

In this future world, the UN has been replaced by the ‘NUN’ (New United Nations), and they have created a company called ‘PareCo’ who create and sell implants and PIPs. However, there is an evil scheme behind PareCo’s work, that no one — except possibly Luna’s dead mother — knows about.

Luna is set to find the truth about implants and PareCo. When an unexpected test result comes back saying she has a place at the country’s most high-tech island (appropriately called ‘Inaccessible Island’), she refuses to go. But when her grandmother is murdered, Luna is forced to make the trip and walk straight into danger. Everyone at the island, except her, is part of the Hacker group, so she realises something is wrong. But when she meets Gecko, a whole new world is revealed to her and she sets off to find the truth and save her family.

Mind Games is an incredible, extremely enthralling book. It is filled with action and tension, and is so unpredictable that I was kept in the dark until the very last page. I am desperate to read the sequel as I cannot wait to see what happens later in Luna’s new life!