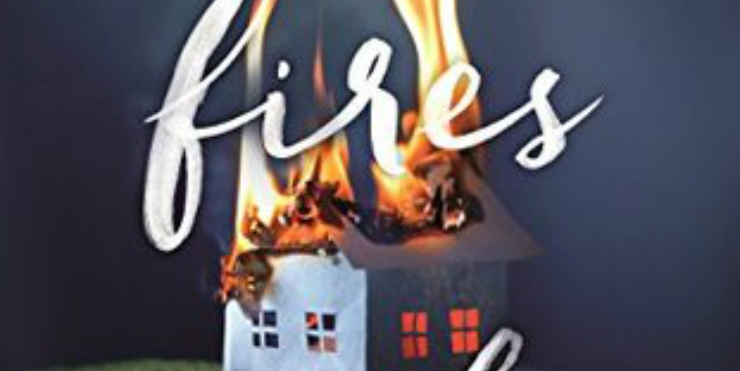 "In Shaker Heights, a placid, progressive suburb of Cleveland, everything is meticulously planned - from the layout of the winding roads, to the colours of the houses, to the successful lives its residents will go on to lead. And no one embodies this spirit more than Elena Richardson, whose guiding principal is playing by the rules.

"Enter Mia Warren - an enigmatic artist and single mother - who arrives in this idyllic bubble with her teenage daughter Pearl, and rents a house from the Richardsons. Soon Mia and Pearl become more than just tenants: all four Richardson children are drawn to the alluring mother-daughter pair. But Mia carries with her a mysterious past, and a disregard for the rules that threatens to upend this carefully ordered community."

Little Fires Everywhere is a brilliant novel. The key characters are fantastically drawn, particularly Elena Richardson who, while being dislikeable for many reasons, nonetheless had some understandable motives. Mia, Pearl and Elena's daughter Izzy are particularly interesting and sympathetic characters whose lives before and after the story I'd love to know more about - I felt quite bereft when I finished the book as I would miss them!

I found this book very hard to put down, as there was so much going on and it was very emotionally involving. One of the main storylines, a custody battle between Mia's impoverished Chinese coworker, who abandoned her baby daughter at a fire station when she was extremely desperate, and the Richardsons' wealthy family friends who want a child but cannot conceive, was especially emotive.

Sometimes you can tell what's going to happen in this book, and other times it's more of a surprise - but in both cases, you find yourself holding your breath waiting for the reveal.

I'm not sure my summary can really do justice to this novel - there are other important events and misunderstandings that also contribute to the explosive conclusion, and I don't want to give away too much about the story.