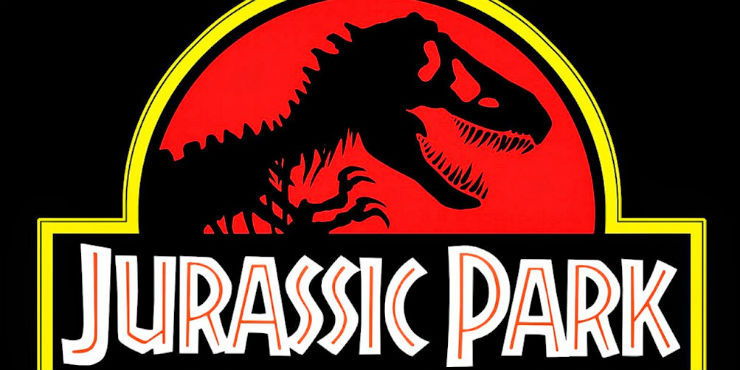 With the release of Jurassic World, it seems an ideal time to revisit Jurassic Park. Crichton’s novel is a very different beast to Spielberg’s film; however, the basic plot is still the same. Multimillionaire philanthropist John Hammond has built a dinosaur theme park on a remote island off Costa Rica and invites an eclectic group of experts and his grandchildren to assess and experience the park before it opens. As we all know before too long, the security system fails, there’s “running and screaming”, dinosaurs on the loose and our group are fighting to survive.

Jurassic Park is fast paced, gripping and occasionally gory but not gratuitously. The book itself is structured much more around Ian Malcolm’s Chaos Theory (something that is sidelined in the film) and there’s a lot of science and pseudoscience. There are also subplots suggesting that Isla Nublar is not the only site where dinosaurs are living. John Hammond is not the cuddly Richard Attenborough of the film but a selfish, venal man who is determined to see his park succeed at any cost, and who casually disregards the safety of his workforce and his grandchildren. We are slightly more sympathetic towards Dennis Nedry, the IT systems manager, whose actions prompt the security system failure.

For me, Crichton’s novel explores questions as diverse as are animals brought back from extinction property or animals in their own right? Is it right to use science to exploit the undoubted “wow factor” of dinosaurs to make money? Who are the real monsters, dinosaurs or humans? Do not be fooled into thinking that just because you’ve seen the film, you know what happens to the characters.

Order Jurassic Park from our catalogue →