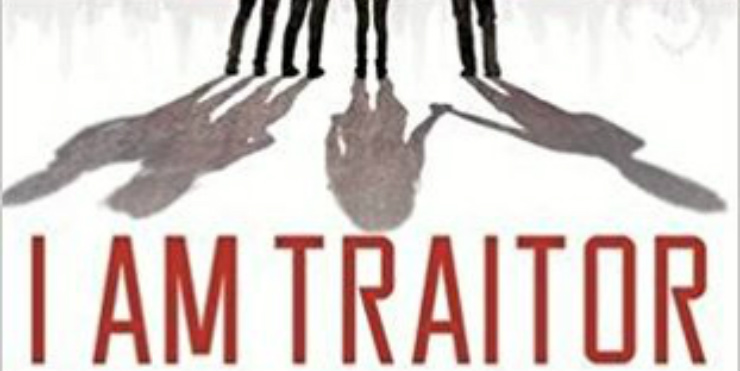 See I Am Traitor in our catalogue

Amy Sullivan is a teenager living in a present-day London where aliens have been taking over. Metallic arms fall from the sky, grabbing teens and transporting them to another world above the atmosphere. Nobody is safe.

When Amy's brother and best friend, Anika, are taken, Amy feels she has nothing left to lose. Along with Anika's mum, she joins The Resistance, an international group fighting for freedom from the aliens, and agrees to allow herself to be taken for the greater good. She is literally signing her own death warrant, but she will do anything to see her brother again.

Finding herself on the a spaceship jam-packed with captives, Amy prepares to do the job she had planned. However, when her double agent colleague is killed, she is on her own.

I Am Traitor is an amazing book that I really related to and found extremely captivating, very touching and emotional. It features everything you could want in a good book: romance, adventure, suspense and a diverse range of characters. It's impossible to put down, and keeps you on the edge of your seat to the very end!