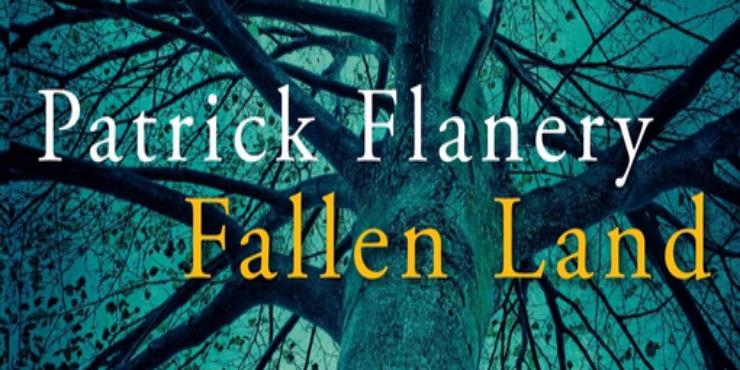 "Poplar Farm has been in Louise's family for generations, inherited by her sharecropping forebear from a white landowner after a lynching. Now, the farm has been carved up, the trees torn down; a mini-massacre replicating the destruction of lives and societies taking place all over America.

Architect of this destruction is Paul Krovik, a property developer soon driven insane by the failure of his dream. Julia and Nathaniel arrive from Boston with their son, Copley, and buy up Paul's signature home in a foreclosure sale. They move into the half-finished subdivision and settle in to their brave new world. Yet violence lies just beneath the surface of this land, and simmers deep within Nathaniel. The great trees bear witness, Louise lives on in her beleaguered farmhouse, and as reality shifts, and the edges of what is right and wrong blur and are lost, Copley becomes convinced that someone is living in the house with them."

This book was classed by Suffolk Libraries as a “Brave New Read” back in 2015 and it was indeed very difficult to get into, putting off most of the group but inspiring the few of us who made it past the first few chapters.

The book begins with the historic lynching of two male lovers, one black and one white in the American South. The book is not as violent as promised by this opening but the disappearance of the corpses into a sink hole provides the background of the plot, where other worse dangers lay hidden beneath the land.

Among the main characters are Louise, whose freed-slave ancestors owned the land, the bankrupted maverick property developer Paul Krovik, and Nathaniel, who bought Krovik’s house cheaply and has just moved from Boston with his wife and young son for a better job with a corrupt multinational company.

The book covers topics such as multinational greed, fear of immigrants, the re-emergence of slave labour through reforms in the prison and probationary service, the destruction of the countryside and poor parenting. Central to it all is one small boy with autism who knows someone is hiding beneath their house and is believed by nobody. A tragic, unforgettable tale.