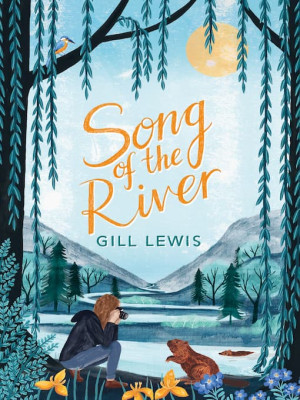 Take a look at these new and upcoming visually accessible stories for children from Barrington Stoke and help them discover a love of reading.

Barrington Stoke is a small, independent and award-winning children’s publisher who for over 20 years have been pioneering super-readable, dyslexia-friendly fiction to help every child become a reader.

The raven riddle, by Vashti Hardy and Natalie Smillie

Grace and Tom are excited to begin their first mission together, but what at first seems a quiet village quickly becomes their most challenging investigation so far.

Orphan Ettie Shaw is penniless and homeless on the streets of London when she is spotted by her older brother Joe. Joe has fallen in with a notorious pickpocket gang run by a man called Fagin, and Ettie has to disguise herself as a boy so she can come back with him to Fagin's lair.

At first Ettie is able to help out with mending and other domestic jobs, but when one of the other boys falls ill, Fagin demands that Ettie go out pickpocketing with Joe and everything goes horribly wrong.

The tide singer, by Eloise Williams and August Ro

The arrival of a mysterious stranger, a plague of violent storms and whispers of legendary sea people. Can Morwenna discover the connection between them in time to save her home?

Song of the river, by Gill Lewis and Zanna Goldhawk

Times are tough for Cari and her mum. A violent storm has flooded the valley where they live, destroying their home and café business. Things seem bleak - but hope appears in the form of a plan to reintroduce beavers into the area, as the changes that these amazing animals make to the waterways might prevent another flood.

Cari knows that she has to get involved. But with the project facing resistance from locals, can she convince them to give the beavers a chance - and will it be enough to save her home from being destroyed for a second time?

Borrow Song of the river →

Bruno and Frida, by Tony Bradman and Tania Rex

East Prussia, Germany, 1945. War is raging across Europe, and as Russian soldiers close in across eastern Germany, Bruno and his mother must flee if they hope to survive. In the chaos of the attack, Bruno finds himself face to face with a huge black dog. He knows what she is - a weapon, strapped with explosives by the Russian army and sent into battle as a suicide bomber.

But as Bruno's world begins to crumble around him, he soon realises that she is just as scared and alone as he is. Faced with a perilous journey across war-torn Germany, will their bond be enough to keep them alive?

Elisabeth and the box of colours, by Katherine Woodfine and Rebecca Cobb

Elisabeth loves to paint, just like her papa. But when tragedy strikes she is thrown into a world of grey. Will she be able to find the colour in her life again?

Borrow Elisabeth and the box of colours →

When a pony appears in her garden on Meg's tenth birthday, it feels like all of her wishes have been answered. But is it all too good to be true? Award-winning author Tanya Landman brings a fresh perspective to horse riding stories with a heart-warming new series of friendship and dreaming big.

The horror of Dunwick Farm, by Dan Smith and Chris King

When an unidentified plane crashes in the fields next to Dunwick Farm in Crooked Oak, it quickly becomes clear that it was carrying some unusual cargo. As people in the town fall suddenly ill and animals start behaving strangely, friends Pete, Krish and Nancy try to find out what was in the glass boxes on board the plane. But as they uncover the facts, the trio realise that they are becoming entangled in a terrifying web.

Borrow The horror of Dunwick Farm →

The mermaid in the millpond, by Lucy Strange and Pam Smy

When Bess tries to escape her harsh life at the cotton mill, can she also free the mermaid trapped in the millpond? History and myth entwine in this atmospheric tale of freedom and friendship.

Borrow The mermaid in the millpond →