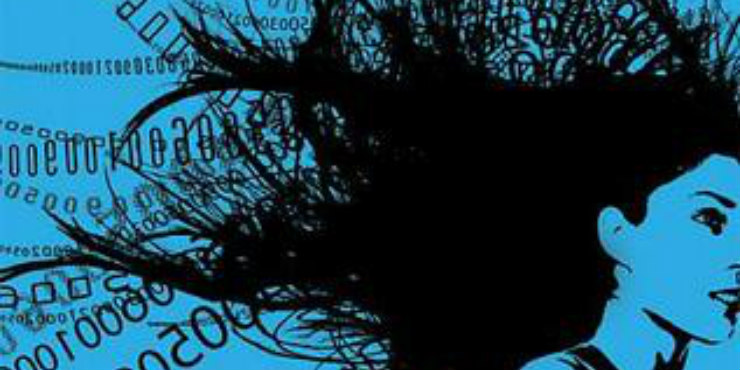 See Double Digit in our catalogue.

Farrah 'Digit' Higgins has now started at MIT after spending the summer with John, her new boyfriend. She is in an environment that she loves, and for once she can be herself without being judged for it. She doesn't shy away from her nickname so, for the first time, 'Digit' is who she is.

Quite quickly, though, Digit and John realise a long-distance relationship isn't that easy and agree to spend some time apart. Digit meets some new people who just happen to be hackers.

Digit ends up hacking into the Department of Defense and old enemies suddenly resurface. Jonas Furnis is back in her life after she thought that was over and the CIA are very interested in what she has been doing. It seems she is being watched from all angles. But which way will she go? Will she end up in prison for what she has done, or can she help out in ways she never thought she could?

This is a worthy sequel which I enjoyed just as much as A Girl Named Digit. Make sure you pay attention to the chapter names, they made me chuckle! Keep an eye out for bumper stickers, too!