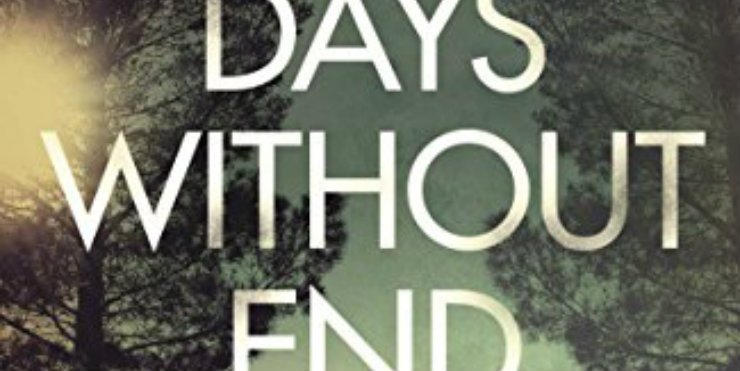 See Days Without End in our catalogue

"Having signed up for the US army in the 1850s, aged barely 17, Thomas McNulty and his brother-in-arms, John Cole, go on to fight in the Indian wars and, ultimately, the Civil War. Orphans of terrible hardships themselves, they find these days to be vivid and alive, despite the horrors they both see and are complicit in."

From his beginnings in impoverished Ireland during the potato famine to the brutality of the American Indian Wars and the Civil War, Thomas McNulty is just another young man living on the edge. Yet, for all he has experienced, he has love for his companion John Cole and little native girl Winona, and respect for Major Neale, who comes to his rescue in his hour of need.

"I never felt such joy of heart as in those days traipsing southward."

The writing is beautiful and draws you in. Like well-renowned American writer Cormac McCarthy, author of the Border Trilogy, Barry's strengths lie in his use of language, creation of atmosphere and portrayal of the contradictions of human nature.

Days Without End is a truly memorable story of a life spent trying to survive, and a journey readers will enjoy following.