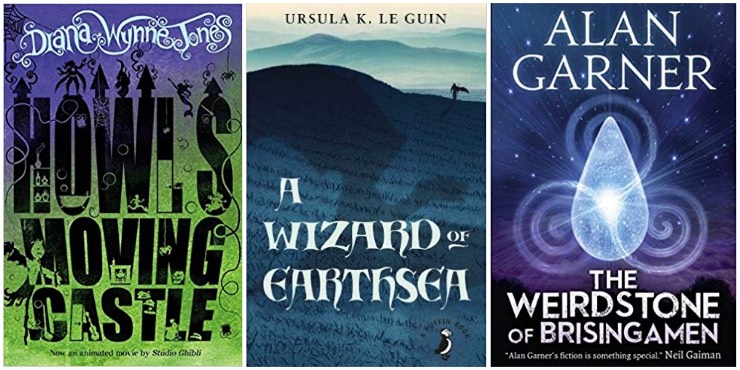 It may be cold and dark out, but don't despair! We've picked out some classic adventure and fantasy titles perfect for nights by the fire with a mug of cocoa.

The Wolves of Willoughby Chase, by Joan Aiken & Pat Marriott

"Even the wolves that surround the great house of Willoughby Chase are not as cruel and merciless as governess Miss Slighcarp. Bonnie and her cousin Sylvia must use all their wits if they are to escape from her evil clutches."

The Box of Delights, by John Masefield & Quentin Blake

"The wolves are running and the evil Abner Brown and his gang are on the prowl. They're after a magical box, but Kay has it, and he'll fight to keep it."

An obvious choice for anyone enjoying the TV series who is yet to read the books!

"When Lyra's friend Roger disappears, she and her daemon, Pantalaimon, determine to find him. The ensuing quest leads them into the bleak splendour of the North, where armoured bears rule the ice and witch-queens fly through the frozen skies."

The Dark is Rising, by Susan Cooper

"It's Christmas-time in the Stanton family house: presents, carol singing, good cheer. But for 11-year-old Will Stanton something sinister has begun, inching round his subconscious, shouting silent warnings he can't decipher.

"Then on Midwinter Day Will wakes up to a different world - silent, covered in snow and ancient forest, a world of another time. A world where evil lurks. Because Will is not the ordinary boy he always thought he was. He is the last of the Old Ones and the power to vanquish the evil magic of the Dark lies within him."

Harry Potter and the Philosopher's Stone, by J. K. Rowling

"Harry Potter lives in a cupboard under the stairs at his Aunt and Uncle’s house. He is bullied by them and his spoilt cousin, and lives a very unremarkable life. But then Harry is transported to a world of magic and excitement."

The Lion, the Witch and the Wardrobe, by C. S. Lewis

"In this children’s classic, Lucy finds that an old wardrobe in a professor’s country house is a gateway to a magical land of fauns, centaurs, nymphs and talking animals - but also of the beautiful but evil White Witch who has held the land of Narnia in eternal winter for a hundred years."

"Sally Jones is not only a loyal friend, she’s an extraordinary individual. In overalls or in a maharaja’s turban, this unique gorilla moves among humans without speaking, but understanding everything. She and the Chief are devoted comrades who operate a cargo boat.

"But when a deal goes horribly wrong, and the Chief is convicted of murder, Sally Jones embarks on a harrowing quest to clear his name."

A Wizard of Earthsea, by Ursula le Guin & Ruth Robbins

"The young wizard Sparrowhawk, tempted by pride to try spells beyond his powers, lets loose an evil shadow-beast in his land. Only he can destroy it, and this quest leads him to the farthest corner of Earthsea."

"In the land of Ingary, where seven league boots and cloaks of invisibility do exist, Sophie Hatter catches the unwelcome attention of the Witch of the Waste and is put under a spell."

"Unicorns, dragons, sprites, will-o'-the-wisps: the inhabitants of an enchanted world, into which Bastian, a lonely young boy, ventures. His quest is filled with all the wonders of myth and fairy tale."

The Weirdstone of Brisingamen, by Alan Garner

"When Colin and Susan are pursued by eerie creatures across Alderley Edge, they are saved by the Wizard. He takes them into the caves of Fundindelve, where he watches over the enchanted sleep of 140 knights."