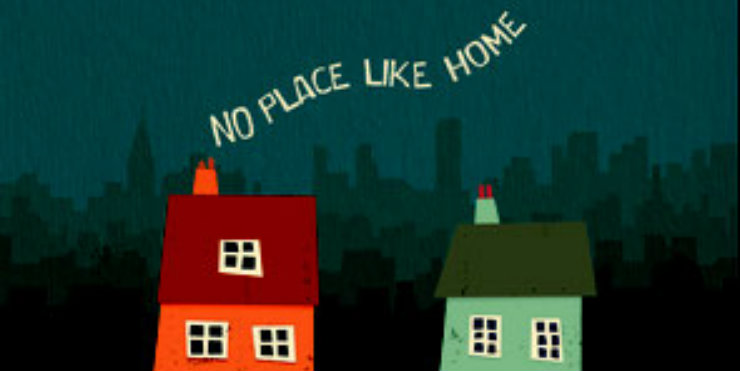 See Behind Closed Doors in our catalogue

15-year-old Josie lives with her ‘eco-enthusiast’ Mum, who plans on single-handedly saving the world’s land pollution problem by buying lots of junk from charity shops, before it goes to landfill. The house is cramped, so much so that the pair can barely move! Josie dreams of having her own apartment and begins to question her mum’s expanding ‘collection’.

Tasha is a cynical and seemingly vapid teenager, motivated by her crush on Rory (the lead singer of her favourite band) and her promising career as a vlogger. She’s envied for her clothes and kit, and seemingly has it all. However, she starts to become increasingly unnerved by her mum’s boyfriend, Chaz, and strives to get out of the house as much as possible.

Both isolated and desperate, the two are thrown together by circumstance and become unlikely allies.

I really enjoyed this fast-paced and gritty novel. Although dealing with some dark and mature material, Miriam Halahmy uses a delicate touch and explores these themes sensitively.

I particularly liked how she dealt with events and circumstances that aren’t necessarily talked about, or don’t seem exactly harmful, but can evidently have drastic consequences. The characters, and their situations, were easy to become involved with and relatable for a teenage audience.

At its heart, Behind Closed Doors is a story of vulnerable young adults struggling with the universal and timeless issues of loneliness, friendships and growing up. I would therefore recommend it as a perfect read for anyone.