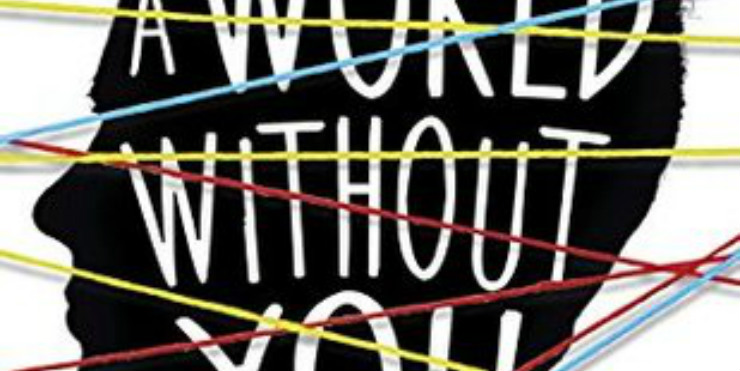 See A World Without You in our catalogue

A World Without You is a beautiful, heart-breaking story of mental illness, love, and deceit. I couldn’t put it down from the first page.

17-year-old Bo believes that he has some sort of 'superpower'; ever since he was young he has claimed to be able to travel back in time. He insists that he has seen the Titanic and witnessed a gory battle in the middle of the Civil War. So when Bo’s worried parents send him to an institute for mentally ill young people, he believes he and the other patients are there because of their 'superpowers'.

But when his depressed, orphaned girlfriend commits suicide, Bo is certain he knows the ‘truth’: that he has accidentally sent her back to the past, where she is stuck, forever. This story follows Bo’s heart-wrenching attempt to save her, his determination finally showing him what has actually happened.

I found this book incredibly moving and emotional. It has elements of love, deceit and humour, and is such a great read. It is one of my favourites!