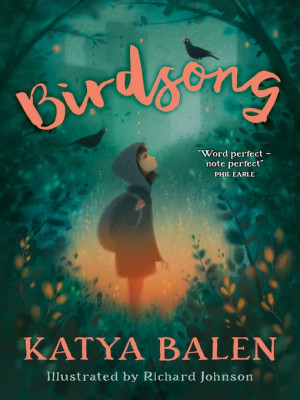 Take a look at these new and upcoming visually accessible stories for children from Barrington Stoke and help them discover a love of reading.

Barrington Stoke is a small, independent and award-winning children’s publisher who for over 20 years have been pioneering super-readable, dyslexia-friendly fiction to help every child become a reader.

Dimple and the boo, by Pip Jones and Paula Bowles

Yucky cabbage pie! Mean Mrs Miskin! Stupid spelling test! Oh dear, Dimple the Gnome is having a very bad day and he just can't find the right words to tell anyone how he's feeling. Then Dimple finds the Boo, who lets everyone know what's going on. But the Boo's rude words and naughty noises just get Dimple into trouble. Can Dimple find another way to express himself?

Borrow Dimple and the boo →

Hetty and the battle of the books, by Anna James and Jez Tuya

The library is Hetty's very favourite place in school, and since falling out with her best friends Ali, Mei and Rocket she's been spending even more time there. So she's absolutely horrified when she learns that her head teacher is planning to close it down, claiming there aren't enough funds to keep the library going. There's no way Hetty's going to sit back and let this happen. But can she repair her broken friendships and build support for her library campaign?

Borrow Herry and the battle of the books →

Noodle the Doodle wins the day, by Jonathan Meres and Katy Halford

Sports Day has arrived at Wigley Primary and everyone is excited to take part in unusual events like book balancing, frisbee tossing and seeing who can race in the most layers of clothes! Of course Noodle the Doodle is desperate to join in all the fun, but when he gets a new partner-in-crime, Daniel the Spaniel, are the canine capers going to spiral out of control or can Noodle win the day?

The day my family disappeared, by Jo Simmons and Lee Cosgrove

Bob Bunyon is fed up. In a family full of artists and performers, he's the one with no talent, the one bypassed by the creativity gene - and his four siblings just won't let him forget it. Finally sick of being taunted for being so 'normal', Bob wishes that his family would all just disappear, but he doesn't really expect his wish to come true! When he wakes the next day to find everyone gone, Bob's initial delight quickly turns to worry. Does he have supernatural powers? Is he the only survivor of a zombie apocalypse or an alien invasion? Gathering all his courage, and employing survival skills learned from TV endurance shows, Bob sets out to find his missing family.

Borrow The day my family disappeared →

Sonal needs to capture a great family picture for her school photography project but it's impossible when everyone's always so busy! Luckily they're heading off on a family camping trip which should provide lots of great photo opportunities, shouldn't it? Faced with an enforced digital detox, will Sonal's family come together and have fun - or will the trip end in complete disaster?

Sidney makes a wish, by Lisa Thompson and Jess Rose

When Sidney spots a wishing well in the long grass on his way to school, he thinks he might have found the answer to the problems he's having with his friend Billy. If he can just wish for exactly the right thing, then surely Billy will want to be friends with him again? But as Sidney makes his wishes, what he doesn't realise is that the friend he's longing for has been beside him all the time.

After a devastating accident, a special new friendship helps talented musician Annie heal and rediscover her love of music through the joyous song of a blackbird nesting near her home.

Journey back to freedom: the Olaudah Equiano story, by Catherine Johnson and Katie Hickey

Born in what is now Nigeria in 1745, Olaudah Equiano's peaceful childhood was brought to an abrupt end when he was captured and enslaved aged 11. He spent much of the next eight years of his life at sea, seeing action in the Seven Years' War. When he was finally able to buy his freedom, he went on to become a prominent member of the abolition movement and in 1789 published one of the first books by a Black African writer. 'Journey Back to Freedom' focuses on Equiano's early life, demonstrating the resilience of the human spirit and one man's determination to be free.

Borrow Journey back to freedom →

Resist: one girl's fight back against the Nazis, by Tom Palmer and Tom Clohosy Cole

What can one girl do to fight back against the Nazis? Multi-award-winning author Tom Palmer shines a light on life under wartime occupation, in a beautifully told story inspired by the childhood of Hollywood legend Audrey Hepburn.

Everest: reaching the roof of the world, by David Long and Stefano Tambellini

Everest is the world's highest mountain, towering like an icy giant over the Himalayas. For the millions of people living nearby, it has always been a magical place, known as 'Goddess Mother of the World' or the 'Peak of Heaven'. To explorers and adventurers, it represents a perilous but thrilling challenge to be conquered. In this exhilarating account by award-winning author David Long, he looks back at the first attempts by international mountaineers to reach the fabled summit, many of which ended in death and disaster.