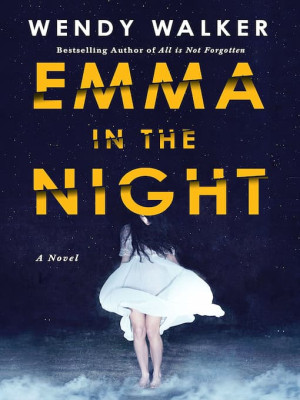 Browse our selection of visually accessible titles for adults.

These titles are printed in large text size and use a specific font, ink colour and paper, which promote easier reading for those with dyslexia or visual impairments.

Lost and found, by Danielle Steel

What might have been? This tantalising question propels a woman on a cross-country adventure to reunite with the men she had loved and let go. Madison Allen is a renowned, career-driven photographer. Sifting through old photos in her fashionable New York fire-house apartment, she reflects on what could have been. She'd had three men in her life who were very important to her in different ways, but it was the fourth love, her job, which always won in the end. Consumed by old memories and with a forced pause in her demanding schedule, Maddie embarks on a road trip. She hopes to answer questions about the men she'd loved and might have married in the years after she was left alone with three young children. As Maddie sets off to reconnect with her past in Boston, Chicago and Wyoming, she hopes to learn that the decisions she made long ago were the right ones.

Emma in the night, by Wendy Walker

Two sisters go missing. Only one returns. We believe what we want to believe. We believe what we need to believe. When my sister and I disappeared three years ago, they found Emma's car at the beach. Some people believed she had gone there to find a party or meet a friend who never showed. They believed that she'd gone for a swim. They believed that she'd drowned. Maybe by accident. Maybe a suicide. Everyone believed Emma was dead. As for me, well - it was not as simple as that.

Borrow Emma in the night →

DI Slider has been called out to the BBC TV Centre, where the body of Roger Greatrex, music critic and opera aficionado, has been found. Investigations turn up a host of suspects, but it takes the instincts of Slider to find the real culprit.

Quite ugly one morning, by Christopher Brookmyre

The debut novel from Scottish author Christopher Brookmyre, this thriller exposes the horrific possibilities of corruption within the reformed National Health Service.

Borrow Quite ugly one morning →

Listening in, by Jenny Eclair

In this addictive short story collection, twenty very different women reach a pivotal moment in their lives. A widow is liberated by a new job, but keeps it secret from her family. A date in suburbia has dramatic results. A seamstress takes revenge on an unsuspecting customer, while in France, a mother is promised 'fantastic news' - and lets her imagination run away with her. With each story, Jenny Eclair introduces a fascinating new character. And behind each woman lies a gripping tale - of betrayal, of love, of hope and defiance. Funny, heart-breaking, inspiring - and packed with wicked one liners - this wonderful collection shows Jenny Eclair's exceptional talent for observation at its very best.

The last runaway, by Tracy Chevalier

When Quaker Honor Bright sails from Bristol with her sister, she is fleeing heartache for a new life in America, far from home. But tragedy leaves her alone and vulnerable, torn between two worlds and dependent on the kindness of strangers, and life in 1850s Ohio is precarious and unsentimental.

The marble collector, by Cecelia Ahern

'The Marble Collector' tells the story of a woman who discovers a collection of marbles in her father's belongings. On learning that part of the collection is missing, she embarks on a quest to relocate the missing marbles to complete the collection and also to understand and complete the picture of a man she realises she never fully knew. As she uncovers the story of a damaged childhood, she also comes to understand what is missing in herself. Moving, thought-provoking and uplifting, 'The Marble Collector' is a love story between a daughter and her father, and a man and his memories.

The real silent witnesses: shocking cases from the world of forensic science, by Wensley Clarkson

Since even before the first season of 'Silent Witness' in 1996, forensic science has played an increasingly important role in the investigation of violent crimes. With a boom in cold-blooded cases throughout the 1980s, police began to rely on DNA evidence to help them find perpetrators and since then forensic science has taken off as a powerful tool in solving murders. Bestselling true crime author Wensley Clarkson takes us beyond the headlines to examine the real-life stories where forensics have played a crucial role. He speaks to experts who have worked on the most gruesome, most chilling and most shocking crime scenes and explains how notorious criminal cases from across the world were solved.

The locksmith, by Linda Calvey

They grew up with nothing. Just a regular family scraping by, living an honest life while crime ruled the East End. Until all that honesty and all that hard work left them with nothing. Poor, destitute and hungry, young Ruby decides to pull them from the ashes. It starts as one job, one step outside the law. Yet that one step sets her on a path - straight to the top. But in the East End you don't build an empire without making a few enemies.

When I was you, by Amber Garza

Kelly Medina's son left for college a year ago and now she feels totally alone. So when she discovers that a single mother also called Kelly Medina has moved to her town, it's an unexpected reminder of the life she used to live. For days, Kelly can't stop thinking about the woman who shares her name, who has a baby son she can still hold and her whole life ahead of her. She can't help looking for her: at the grocery store, at the gym, on social media. When they happen to bump into each other outside a pediatrician's office, simple curiosity gets the better of them both. Their unlikely friendship brings Kelly a renewed sense of purpose. But the relationship quickly turns to obsession, and when one Kelly disappears the other one may know why.

Borrow When I was you →