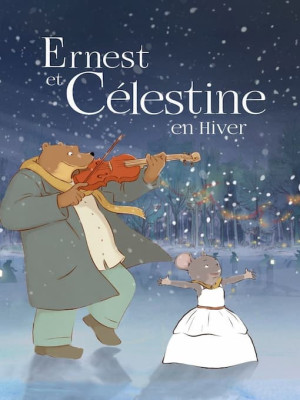 Looking for something festive to watch with the family this Chrismtas? Take a look at our top films and documentaries on Kanopy, free to watch with your library card.

Everybody knows the story of Santa Claus, the red-suited figure who lives at the North Pole and distributes gifts to good children every Christmas Eve. But is there any historical evidence on which this jolly old character is based? Was there a real Santa Claus? To answer that question, host Mark Wilson, a distinguished historian and archeologist travels not to the North Pole but to modern day Turkey and Italy. There he uncovers clues that lead to the truth about the man behind the legend.

Winter weather offers a stunning environment in which to photograph wild animals. Comb through Mr. Laman's shots of snow monkeys, cranes, and other animals to glean the technical aspects of shooting outdoors in the winter, including honing your focusing skills and capturing the drama of a snow storm.

Buddy McGee eagerly awaits a promised Christmas visit from his friend, the thing from outer space.

Four charming stories capture snow's magical atmosphere. Ernest, a rather large and marginal bear, and a street musician and clown, has invited Celestine, a mischievous little mouse, to live with him. In the world of bears befriending a mouse is frowned upon.

A Not So Silent Night

Watch A Not So Silent Night →