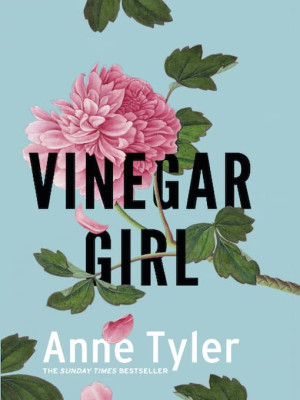 The muse, by Jessie Burton

On a hot July day in 1967, Odelle Bastien climbs the stone steps of the Skelton gallery in London, ready for her luck to change. She has been employed as a typist by the glamorous and enigmatic Marjorie Quick, who unlocks a potential Odelle didn't realize she had. When a lost masterpiece arrives at the gallery, Quick seems to know more than she is prepared to reveal and Odelle is determined to unravel the truth. The painting's secret history lies in 1936 and a large house in rural Spain, where Olive Schloss, the daughter of a renowned art dealer, is harbouring ambitions of her own. Into this fragile paradise comes two strangers, who overturn the Schloss family with explosive and devastating consequences.

Award-winning campaigner and writer Caroline Criado Perez shows us how, in a world largely built for and by men, we are systematically ignoring half the population. She exposes the gender data gap - a gap in our knowledge that is at the root of perpetual, systemic discrimination against women, and that has created a pervasive but invisible bias with a profound effect on women's lives. Caroline brings together for the first time an impressive range of case studies, stories and new research from across the world that illustrate the hidden ways in which women are excluded from the very building blocks of the world we live in, and the impact this has on their health and wellbeing.

Alastair Sheridan has it all. Wealth, good looks, a beautiful wife and children and, in the chaotic world of British politics, a real chance of becoming Prime Minister. But Alastair also has a secret. He's a serial killer with a taste for young women. Only a handful of people know what kind of monster he is, and disgraced detective Ray Mason is one of them. Awaiting trial for murder, Ray is unexpectedly broken free by armed men and given an offer: assassinate Alastair Sheridan and begin a new life abroad with a new identity. The men claim to be from MI6. They say that Sheridan is a threat to national security and needs to be neutralised. Ray knows they are not who they say they are, and that their real motives are far darker. The only person Ray trusts is ex-cop and former lover Tina Boyd, who's keen to settle her own scores with Sheridan.

The frequency of us, by Keith Stuart

In Second World War Bath, young, naïve wireless engineer Will meets German refugee Elsa Klein; she is sophisticated, witty and worldly, and at last his life seems to make sense - until, soon after, the newly married couple's home is bombed, and Will awakes from the wreckage to find himself alone. No one has heard of Elsa Klein. They say he was never married. Seventy years later, Laura is a social worker battling her way out of depression and off medication. Her new case is a strange, isolated old man whose house hasn't changed since the war. A man who insists his wife vanished many, many years before. Everyone thinks he's suffering dementia. But Laura begins to suspect otherwise.

Borrow The frequency of us →

A taste for vengeance, by Martin Walker

Bruno, now Chief of Police for the whole Vézère Valley, has an unusual challenge to rise to: teaching at his friend Pamela's new cookery school. It is a daunting prospect - the disappearance of one of the school's pupils almost serves as a welcome distraction. When the woman's body is discovered in one half of a double homicide, the evidence points to something far out of the ordinary. The other murder victim is a man, covered in combat scars and with a false passport. Investigations reveal a list of enemies as long as Bruno's arm. Any one of them would have had good reason to kill him - but which group managed it? And how did they find him? As more of their mystery man's previous life is revealed, Bruno realises that there may be more intended victims in the vicinity. Now he must conduct the biggest manhunt in St Denis' history to find the killers before they strike again.

Borrow A taste for vengeance →

The long way to a small, angry planet, by Becky Chambers

When Rosemary Harper joins the crew of the Wayfarer, she isn't expecting much. The Wayfarer, a patched-up ship that's seen better days, offers her everything she could possibly want: a small, quiet spot to call home for a while, adventure in far-off corners of the galaxy, and distance from her troubled past. But Rosemary gets more than she bargained for with the Wayfarer. The crew is a mishmash of species and personalities, from Sissix, the friendly reptillian pilot, to Kizzy and Jenks, the constantly sparring engineers who keep the ship running. Life on board is chaotic, but more or less peaceful - exactly what Rosemary wants. Until the crew are offered the job of a lifetime: the chance to build a hyperspace tunnel to a distant planet. They'll earn enough money to live comfortably for years - if they survive the long trip through war-torn interstellar space.

Borrow The long way to a small, angry planet →

We begin at the end, by Chris Whitaker

For some people, trouble just finds them. Thirty years ago, Vincent King became a killer. Now, he's been released from prison and is back in his hometown of Cape Haven, California. Not everyone is pleased to see him. Like Star Radley, his ex-girlfriend, and sister of the girl he killed. Duchess Radley, Star's thirteen-year-old daughter, is part-carer, part-protector to her younger brother, Robin - and to her deeply troubled mother. But in trying to protect Star, Duchess inadvertently sets off a chain of events that will have tragic consequences not only for her family, but also the whole town. Murder, revenge, retribution. How far can we run from the past when the past seems doomed to repeat itself?

Borrow We begin at the end →

Vinegar girl: the taming of the shrew retold, by Anne Tyler

Kate Battista is feeling stuck. How did she end up running house and home for her eccentric scientist father and uppity, pretty younger sister Bunny? Plus, she's always in trouble at work - her pre-school charges adore her, but the adults don't always appreciate her unusual opinions and forthright manner. Dr Battista has other problems. After years out in the academic wilderness, he is on the verge of a breakthrough. His research could help millions. There's only one problem: his brilliant young lab assistant, Pyotr, is about to be deported. When Dr Battista cooks up an outrageous plan that will enable Pyotr to stay in the country, he's relying - as usual - on Kate to help him.

Saturdays at noon, by Rachel Marks

Emily just wants to keep the world away. She doesn't want anyone to know all the ways her life is messed up. Going to anger management every Saturday, talking to strangers, was not part of the plan. Jake just wants to keep his family together. Somehow, he's messed everything up. Going to anger management is now his best hope to save his marriage and bond with his six-year-old Alfie. Emily can't understand why Jake - who seems to have it all - is there. Jake can't understand why Alfie - who never likes strangers - lights up around spiky Emily. Everything they think about each other is about to change. But can they change how they feel about themselves?

All the young men: a memoir of love, AIDS, and chosen family in the American South, by Ruth Coker Burks and Kevin Carr O'Leary

In 1986, 26-year-old Ruth Corker Burks visits a friend in hospital when she notices that the door to one of the patient's rooms is painted red. The nurses are reluctant to enter, drawing straws to decide who will tend to the sick person inside. Out of impulse, Ruth herself enters the quarantined space and begins to care for the young man who cries for his mother in the last moments of his life. And in doing so, Ruth's own life changes forever. As word spreads in the community that she is the only person willing to help the young men afflicted by the growing AIDS crisis, Ruth goes from being an ordinary young mother to an accidental activist. Ruth kept her story a secret for years, fearful of repercussions within her deeply conservative community. But at a time when it's more important than ever to stand up for those who can't, Ruth has found the courage to have her voice heard.

Borrow All the young men →

The adventures of Miss Barbara Pym, by Paula Byrne

She was Pym to friends. Miss Pym in her diaries. Sandra in seduction mode. Pymska at her most sophisticated. English novelist Barbara Pym's career was defined, in many senses, by rejection. Her first novel 'Some Tame Gazelle' was turned down by every publisher she sent it out in 1935, finally published only fifteen years later. Though she picked up a publisher from there and received modest praise, the publishing industry grew restless and her sales spiralled downwards. By her seventh novel she had been dropped. She was deemed old-fashioned, telling stories of little English villages, unrequited love and the social dramas of vicars or academics. This biography, brimming with Pym's private diaries and intimate letters, offers a first full insight into Barbara Pym's life and how it informed her writing.

John Fowles dreams of seducing her. Andy Warhol photographs her. Lucian Freud dances with her. Jack Nicholson puts his arm around her. Gore Vidal adores her. John Lennon blushes before her. Marlon Brando clams up in her company. Picasso plots to marry her. She is Princess Margaret. The one with the puffy face and the wraparound shades; the sad Royal, her life spent in decline; the most glamorous woman on earth; the unfailing presence in the index of every memoir, diary or letters collection from the 50s, 60s and 70s. This title, by turns comic and tragic, is about fame and art, snobbery and deference, fact and fiction.

Setting up a reading group

Find out how to set up a reading group with Suffolk Libraries.

Set up a reading group