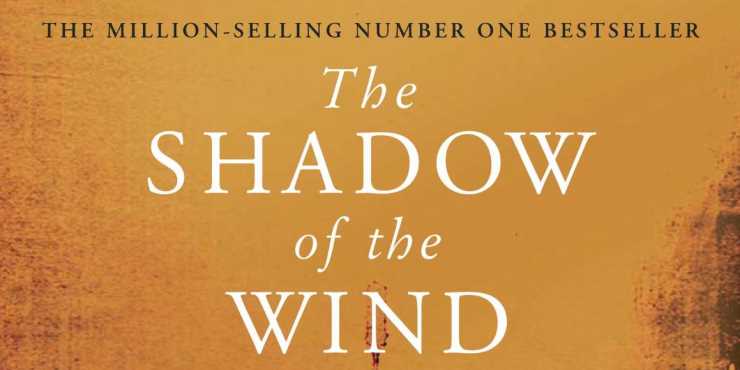 Martha’s Vineyard, 1650s: Bethia Mayfield is a young girl growing up in the tiny settlement of Great Harbor, amid a small band of pioneers and Puritans. Restless, bright and curious, but denied the education that her brothers receive, she slips away as often as she can to explore the island’s wild landscapes and observe its native Wampanoag inhabitants. At the age of twelve, she encounters Caleb, the young son of a chieftain, and the children form a secret friendship that gradually draws each into the alien world of the other.

The death of the heart by Elizabeth Bowen

Set amongst London’s fashionable high society in the late 1930’s, Bowen’s admired novel is a haunting depiction of innocence lost and a subtle blend of comedy and tragedy.

The Rosie project by Graeme Simsion

Meet Don Tillman. Don is getting married. He just doesn’t know who to yet. But he has designed a very detailed questionnaire to help him find the perfect woman. One thing he already knows, though, is that it’s not Rosie. Absolutely, completely, definitely not.

The son of a midwestern farmer, William Stoner comes to the University of Missouri in 1910 to study agriculture. Stoner tells of love and conflict, passion and responsibility against the backdrop of academic life in the early 20th century.

The secret history by Donna Tartt

Under the influence of their charismatic classics professor, a group of clever, eccentric misfits at an elite New England college discover a way of thinking and living that is a world away from the humdrum existence of their contemporaries. But when they go beyond the boundaries of normal morality their lives are changed profoundly and for ever.

Born with a terrible facial abnormality, Auggie has been home-schooled by his parents his whole life. Now, for the first time, he’s being sent to a real school – and he’s dreading it. All he wants is to be accepted – but can he convince his new classmates that he’s just like them, underneath it all?

The light between oceans by M L Stedman

A boat washes up on the shore of a remote lighthouse keeper’s island. It holds a dead man and a crying baby. The two islanders, Tom and his wife Izzy are about to make a devastating decision.

The interestings by Meg Wolitzer

On a warm July night in 1974, six teenagers play at being cool. The friendships they make this summer will be the most important of their lives. But decades later not everyone can sustain in adulthood what had seemed so special in adolescence. As their fortunes tilt precipitously over the years, some of them dealing with great struggle, others enjoying wealth and success, friendships are put under the strain of envy and crushing disappointment against the backdrop of a changing America.

The Burgess boys by Elizabeth Strout

Haunted by the freak accident that killed their father when they were children, Jim and Bob Burgess escaped from their hometown for New York City as soon as they possibly could. Jim, a sleek, successful corporate lawyer, has belittled his bighearted brother their whole lives, and Bob, a legal aid attorney who idolises Jim, has always taken it in his stride. But their long-standing dynamic is upended when their sister, Susan – the sibling who stayed behind – urgently calls them home.

When a boy is discovered dead in the woods, a wave of shock ripples through the community of Newton, outside of Boston. Assistant DA Andy Barber is used to dealing with murder, but when evidence emerges that ties his son Jacob to the crime, Andy faces a very different challenge: preventing his son from being convicted of murder.

The art of falling by Kathryn Craft

Penelope Sparrow, a 28-year-old dancer, has spent her entire life focusing on the perfection of her body. But when she wakes up in a Philadelphia hospital unable to move after a near-fatal accident, she can’t remember the events leading up to her crushing 14-story fall. Now, with a second chance at life, Penny must find a way to reconnect with her past and come to terms with the limitations of her body.

Ammonites and leaping fish: a life in time by Penelope Lively

Taking in old age, the context of one’s life and times, memory, reading and writing, and the identifying cargo of possessions – two ammonites, a cat, a pair of American ducks and a leaping fish sherd, amongst others – this is an elegant, moving and deeply enjoyable memoir by one of our most loved writers.

The round house by Louise Erdrich

One Sunday in the spring of 1988, wife and mother Geraldine Coutts is brutally attacked on her North Dakota reservation. Traumatised and afraid in the aftermath, she shuts herself in her bedroom, and shuts everyone out, including her 13-year-old son Joe. While Geraldine’s husband, a tribal judge, endeavours to wrest justice from a situation that defies his keenest efforts, Joe becomes frustrated with his father’s official investigation and sets out with his best friends Cappy, Zack and Angus, to seek answers of his own.

The shadow of the wind by Carlos Ruiz Zafon

Hidden in the heart of the old city of Barcelona is a labyrinthine library of obscure & forgotten titles that have long gone out of print. A man brings his 10-year-old son to the library & allows him to choose one book to keep. But as he grows up, several people seem inordinately interested in his find.