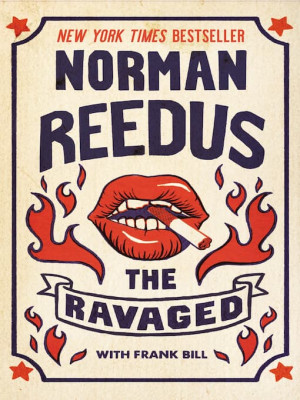 The searcher, by Tana French

Cal Hooper thought a fixer-upper in a remote Irish village would be the perfect escape. After 25 years in the Chicago police force and a bruising divorce, he just wants to build a new life in a pretty spot with a good pub where nothing much happens.

But then a local kid comes looking for his help. His brother has gone missing and no one, least of all the police, seems to care. Cal wants nothing to do with any kind of investigation, but somehow he can't make himself walk away.

Soon Cal will discover that even in the most idyllic small town, secrets lie hidden, people aren't always what they seem and trouble can come calling at his door.

The whale rider, by Witi Ihimaera

The whale rider was Kahutia Te Rangi. Ancestor of the people of Te Tai Rawhiti, he travelled from Hawaiki, the place of the Ancients, to the east coast of New Zealand. Then there was Kahu. The first great-grandchild of the whanau, she was loved by all her relatives except the one whose love she needed most - her great-grandfather. Moving effortlessly between mythology and realism, pathos and comedy, The Whale Rider will delight readers of all ages.

The ravaged, by Norman Reedus

Jack's dying mother told him, "Run and never look back." He spent his life amassing wealth, but after losing his family, he has no one to share it with. Alone with his demons and a backpack, he heads to South America, where people with nothing teach him what matters.

After thrashing his dog-abusing boss, Hunter learns of his father's death in a mysterious fire. Biker buddies Nugget and Itch ride with him from North Carolina to California. Stories from his father's life help ease the struggles of small-town Americans. Hunter discovers a secret past.

Seventeen-year-old Anne flees Tennessee after her older brother attacks her. She whacks him with a skillet and hops a freight to Alabama with her best friend. Living hand to mouth, they build friendships, uncovering something they never had: family.

It could never happen here, by Eithne Shortall

Their school is about to be taught a lesson... Beverley Franklin will do whatever it takes to protect her local school's reputation. So when a scandal involving her own daughter threatens to derail the annual school musical's appearance on national television, Beverley goes into overdrive.

But in her efforts to protect her daughter and keep the musical on track, she misses what's really going, both in her own house and in the insular Glass Lake community - with dramatic consequences. Glass Lake primary school's reputation is about to be shattered...

Borrow It could never happen here →