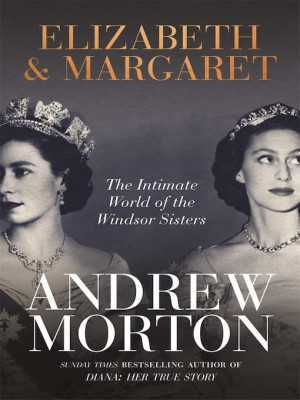 Murder and mystery are peppered with a sprinkling of romance and humour in this fast-paced crime whodunnit set on the spectacular Northumbrian island of Lindisfarne, cut off from the English mainland by a tidal causeway.

Detective Chief Inspector Ryan retreats to Holy Island seeking sanctuary when he is forced to take sabbatical leave from his duties as a homicide detective. A few days before Christmas, his peace is shattered and he is thrust back into the murky world of murder when a young woman is found dead amongst the ancient ruins of the nearby priory.

When former local girl Dr. Anna Taylor arrives back on the island as a police consultant, old memories swim to the surface, making her confront her difficult past. She and Ryan struggle to work together to hunt a killer who hides in plain sight while pagan ritual and small-town politics muddy the waters of their investigation.

The Windsor Knot, by S.J. Bennett

The first book in a highly original and delightfully clever crime series in which Queen Elizabeth II secretly solves crimes while carrying out her royal duties.

The morning after a dinner party at Windsor Castle, eighty-nine-year-old Queen Elizabeth is shocked to discover that one of her guests has been found murdered in his room, with a rope around his neck.

When the police begin to suspect her loyal servants, Her Majesty knows they are looking in the wrong place.

For the Queen has been living an extraordinary double life ever since her coronation. Away from the public eye, she has a brilliant knack for solving crimes.

With her household's happiness on the line, her secret must not get out. Can the Queen and her trusted secretary Rozie catch the killer, without getting caught themselves?

Elizabeth & Margaret: The Intimate World of the Windsor Sisters, by Andrew Morton

They were the closest of sisters and the best of friends. But when, in a quixotic twist of fate, their uncle Edward Vlll decided to abdicate the throne, the dynamic between Elizabeth and Margaret was dramatically altered. Forever more Margaret would have to curtsey to the sister she called 'Lillibet.' And bow to her wishes.

Elizabeth would always look upon her younger sister's antics with a kind of stoical amusement, but Margaret's struggle to find a place and position inside the royal system-and her fraught relationship with its expectations-was often a source of tension. Famously, the Queen had to inform Margaret that the Church and government would not countenance her marrying a divorcee, Group Captain Peter Townsend, forcing Margaret to choose between keeping her title and royal allowances or her divorcee lover. From the idyll of their cloistered early life, through their hidden war-time lives, into the divergent paths they took following their father's death and Elizabeth's ascension to the throne, this book explores their relationship over the years.

Andrew Morton's latest biography offers unique insight into these two drastically different sisters-one resigned to duty and responsibility, the other resistant to it-and the lasting impact they have had on the Crown, the royal family, and the ways it adapted to the changing mores of the 20th century.

True Genius is the definitive family-backed account of his remarkable career published to coincide with what would have been his 75th birthday. The games, the goals, the glory. This is the untold story. Written by celebrated Manchester United author Wayne Barton, this biography goes into unparalleled depth to tell the complete story for the first time of how the lad from Cregagh, Northern Ireland, became the game's first superstar.

Barton has trawled the archives and spoken to a host of former team-mates, managers, friends and close family to tell his story. While there have been many audiobooks on George Best, with a foreword by the Best family and supplemented with rare images from the Daily Mirror archives this is the ultimate portrait of a pure football genius.