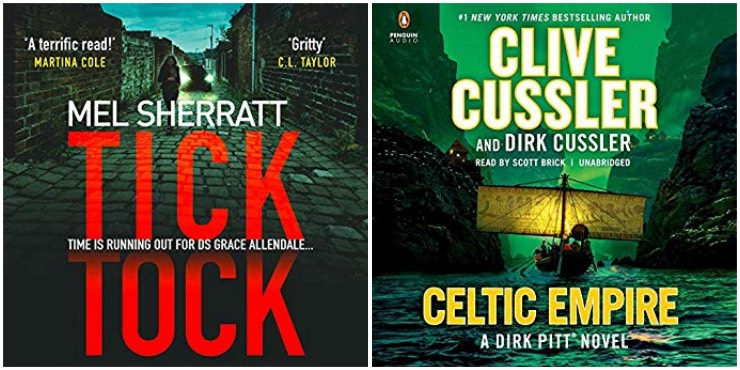 "In Underland, Robert Macfarlane takes us on a journey into the worlds beneath our feet. From the ice-blue depths of Greenland’s glaciers, to the underground networks by which trees communicate, from Bronze Age burial chambers to the rock art of remote Arctic sea-caves, this is a deep-time voyage into the planet’s past and future.

"Global in its geography, gripping in its voice and haunting in its implications, it is a work of huge range and power, and a remarkable new chapter in Macfarlane’s long-term exploration of landscape and the human heart."

"Extinction Rebellion are inspiring a whole generation to take action on climate breakdown.

"Now you can become part of the movement - and together, we can make history.

"Professor Brian Cox is back with another insightful and mind-blowing exploration of space. This time he shows us our solar system as we've never seen it before.

"We're living through an extraordinary time of exploration. A fleet of space probes are continually beaming data back to Earth. Hidden in this stream of code are startling new discoveries about the worlds we share with the Sun. We will piece together these remarkable findings to tell the greatest science story of them all - the life and times of the Solar System. What emerges is a dramatic tale of planetary siblings."

"Newlyweds Celestial and Roy are the embodiment of both the American Dream and the New South. He is a young executive, and she is an artist on the brink of an exciting career. But as they settle into the routine of their life together, they are ripped apart by circumstances neither could have imagined. Roy is arrested and sentenced to 12 years for a crime Celestial knows he didn’t commit.

"Though fiercely independent, Celestial finds herself bereft and unmoored, taking comfort in Andre, her childhood friend and best man at their wedding. As Roy’s time in prison passes, she is unable to hold on to the love that has been her centre."

All That's Dead, by Stuart MacBride, read by Steve Worsley

"Inspector Logan McRae is looking forward to a nice simple case – something to ease him back into work after a year off on the sick. But the powers-that-be have other ideas…

"The high-profile anti-independence campaigner, Professor Wilson, has gone missing, leaving nothing but bloodstains behind. There’s a war brewing between the factions for and against Scottish Nationalism. Infighting in the police ranks. And it’s all playing out in the merciless glare of the media. Logan’s superiors want results, and they want them now. Someone out there is trying to make a point, and they’re making it in blood. If Logan can’t stop them, it won’t just be his career that dies."

"Knife sees Harry Hole waking up with a ferocious hangover, his hands and clothes covered in blood. Not only is Harry about to come face to face with an old, deadly foe, but with his darkest personal challenge yet."

"When a teenage girl is strangled while out for a run with her friends, it shakes the city of Stoke to its core. Why would anyone want to hurt a child? And who would have the audacity to murder in broad daylight?

"DS Grace Allendale and her team are brought in to bring a swift resolution, but investigating the case brings up no leads. It is as if the killer chose the girl at random and then disappeared. And then another young woman is found dead...

"A killer without fear and no pattern except random acts of violence: can Grace stop another girl getting hurt before it's too late?"

Those People, by Louise Candlish, read by Tuppence Middleton

"Could you hate your neighbour enough to plot to kill him?

"Until Darren Booth moves in at number 1, Lowland Way, the neighbourhood is a suburban paradise. But soon after his arrival, disputes over issues like loud music and parking rights escalate all too quickly to public rows and threats of violence. Then, early one Saturday, a horrific crime shocks the street.

"As the police go house-to-house, the residents close ranks and everyone’s story is the same: Booth did it. But there’s a problem. The police don’t agree with them."

"The murder of a team of UN scientists while investigating mysterious deaths in El Salvador. A deadly collision in the waterways off Detroit. An attack from tomb raiders on an archaeological site along the Nile. Is there a link between these violent events? The answer may lie with the tale of an Egyptian princess forced to flee the armies of her father 3,000 years ago.

"From the desert sands of Egypt to the rocky isles of Ireland to the deepwater lochs of Scotland, only Dirk Pitt can unravel the secrets of an ancient enigma that could change the very future of mankind."

Moondust: in search of the men who fell to Earth, by Andrew Smith, read by Matt Jamie