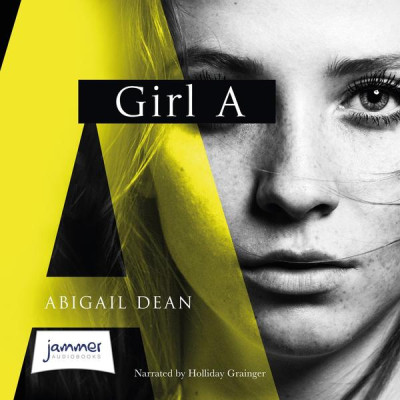 Treat your ears with these brand new audiobook titles for March 2022, free to listen to on our BorrowBox service with your library card.

Girl A, by Abigail Dean

Beautifully written and incredibly powerful, Girl A is a story of redemption, of horror, and of love.

A Daughter's Destiny, by Rosie Goodwin

Warwickshire, 1875. Emerald Winter has lived a privileged life with her parents and her younger sister Abigail in the stately Astley House on the outskirts of Nuneaton. But all that suddenly changes when her father disappears leaving the family in debt. They are forced to throw themselves on the mercy of Emerald's uncle who begrudgingly allows them to live in a small cottage within the grounds of his farm.

Desperate to find work, Emerald is forced to leave her family and travel to London to become the companion of a distant aunt she's never met. Rebellious Abigail is unwilling to lower herself to doing the menial farm chores and instead runs away, finding work as a hostess in a club in Soho where she soon finds herself in desperate trouble.

Torn apart by destiny, the sisters must learn to survive against the odds in an unforgiving city. Will Emerald ever be able to find happiness and reunite her family again?

The Gifts, by Liz Hyder

It can take something extraordinary to show us who we truly are...

October 1840. A young woman staggers alone through a forest in Shropshire as a huge pair of impossible wings rip themselves from her shoulders.

Meanwhile, when rumours of a 'fallen angel' cause a frenzy across London, a surgeon desperate for fame and fortune finds himself in the grips of a dangerous obsession, one that will place the women he seeks in the most terrible danger...

The Gifts is the astonishing debut adult novel from the lauded author of BEARMOUTH. A gripping and ambitious book told through five different perspectives and set against the luminous backdrop of nineteenth century London, it explores science, nature and religion, enlightenment, the role of women in society and the dark danger of ambition.