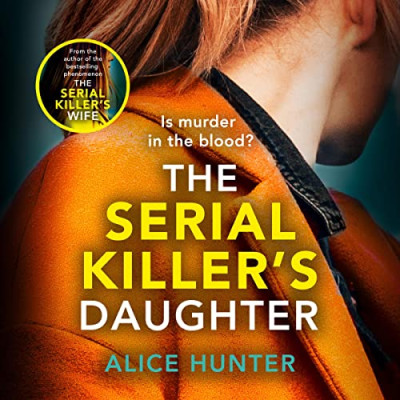 Treat your ears with these brand new audiobook titles for August 2022, free to listen to on our BorrowBox service with your library card.

The guilty couple, by C.L. Taylor

Five years ago, Olivia Sutherland was wrongfully convicted of plotting to murder. Now she's finally free, Olivia has three goals. Repair her relationship with her daughter. Clear her name. And bring down her husband – the man who framed her.

Just how far is she willing to go to get what she wants? And how far will her husband go to stop her? Because his lies run deeper than Olivia could ever have imagined – and this time it’s not her freedom that’s in jeopardy, but her life.

In the peaceful towns and villages of England, Cleaner Bob is washing windows, and people are dying in sudden and unexpected circumstances. When it becomes clear that the victims have a common history as Russian defectors, foul play is suspected and a hunt begins to locate their assailant, the lethal poison that killed them, and the mole who is leaking their locations.

In a race against time, only one man has the connections and experience to crack the case before more people perish. Charles Thoroughgood, former head of MI6, is enjoying retirement in the Oxfordshire hamlet he calls home when the call comes in. A man of duty, he agrees to take part in a mission that will lead him into the heart of enemy territory and threaten to undermine the very values he holds most dear.

In a sleepy Devon village, a woman is taken from the streets. Local vet Jenny is horrified. This kind of thing doesn’t happen here.

But it’s not the first time she’s been so close to a crime scene. The daughter of a prolific serial killer, she’s spent her whole life running from who she really is. And the crime is harrowingly similar to those her father committed all those years ago.

But she’s not her father’s daughter. Is she?