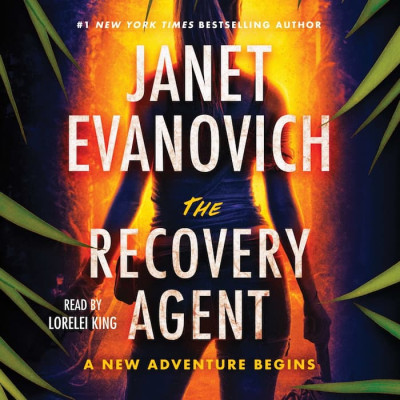 Treat your ears with these brand new audiobook titles for April 2022, free to listen to on our BorrowBox service with your library card.

Queen of our times: the life of Elizabeth II, by Robert Hardman

With original insights from those who know her best, new interviews with world leaders and access to unseen papers, bestselling author Robert Hardman explores the full, astonishing life of our longest reigning monarch in this compellingly authoritative yet intimate biography.

Elizabeth II was not born to be queen. Yet from her accession as a young mother of two in 1952 to the age of Covid-19, she has proved an astute and quietly determined figure, leading her family and her people through more than seventy years of unprecedented social change. She has faced constitutional crises, confronted threats against her life, rescued the Commonwealth, seen her prime ministers come and go, charmed world leaders, been criticised as well as feted by the media, and steered her family through a lifetime in the public eye.

Queen of Our Times is a must-read study of dynastic survival and renewal, spanning abdication, war, romance, danger and tragedy. It is a compelling portrait of a leader who remains as intriguing today as the day she came to the throne aged twenty-five.

Borrow Queen of our times →

When an eccentric elderly widow claims she is being stalked, Detective Jack Warr is the only person willing to dig into the truth behind her wild claims.

Jack soon finds himself embroiled in an international drugs operation, art theft - and a murder investigation. On the back foot throughout, he is forced to play second fiddle to the Drug Squad, confront an old adversary, and even fight off accusations of assault.

But Jack believes that every aspect of this multi-faceted case is simply a distraction from the one person who lies at the heart of it all - the widow's elusive stalker. Find him, and the truth will come out.

The recovery agent, by Janet Evanovich

Lost something? Gabriela Rose knows how to get it back. As a recovery agent, she’s hired by individuals and companies seeking lost treasures, stolen heirlooms, or missing assets of any kind. She’s reliable, cool under pressure, and well trained in weapons of all types. But Gabriela’s latest job isn’t for some bamboozled billionaire, it’s for her own family, whose home is going to be wiped off the map if they can’t come up with a lot of money fast.

Inspired by an old family legend, Gabriela sets off for the jungles of Peru in pursuit of the Ring of Solomon and the lost treasure of Cortez. But this particular job comes with a huge problem attached to it - Gabriela’s ex-husband, Rafer. It’s Rafer who has the map that possibly points the way to the treasure, and he’s not about to let Gabriela find it without him.

Rafer is as relaxed as Gabriela is driven, and he has a lifetime’s experience getting under his ex-wife’s skin. But when they aren’t bickering about old times the two make a formidable team, and it’s going to take a team to defeat the vicious drug lord who has also been searching for the fabled ring. A drug lord who doesn’t mind leaving a large body count behind him to get it.