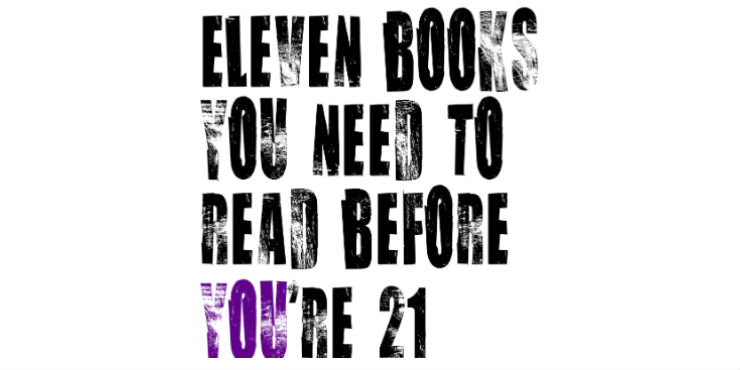 The outsider by Albert Camus

The brutal debut novel of Albert Camus, philosopher of the absurd, tells the story of Mersault, who apathetically kills a man he recognises on a beach. His lack of motivation, remorse or hope of redemption confuses and disturbs the men who sentence him to death.

Noboru and his friends believe the adult world is hypocritical, illusory and sentimental. They call their savage ideology ‘objectivism’ and spend their spare time dissecting stray cats. Too bad that Noboru’s step-dad should appear on the scene just when they start to look for bigger prey.

A season in hell (in Rimbaud complete) by Arthur Rimbaud

When Arthur Rimbaud was sixteen, he left home to become a poet, and in doing so became one of the wildest and most uncompromising writers of his age. His greatest work, Illuminations, was written after he had run away to London with his boyfriend Paul Verlaine. Verlaine, a jealous type, shot Rimbaud but failed to kill him. Deciding that poetry was too dangerous, Rimbaud gave up writing at the age of 21 and became a gun smuggler in Africa.

James Joyce is known for writing some long, strange and difficult novels towards the end of his career, but Dubliners, his first work of fiction, is notable precisely because of how plain its language is. In this collection of fifteen short stories, Joyce describes a whole range of aspects of life in turn-of-the-century Dublin. Its beauty lies in its simplicity. Publishers were shocked with Joyce’s warts-and-all depiction of life and insisted he take all the swear words out. He refused, and after being turned down by fifteen publishers, got his book printed after ten years of trying.

Down and out in Paris and London by George Orwell

George Orwell was a well educated, well-off young man teaching English from his flat in Paris when he fell ill and then had all his money stolen. For the next few months he worked washing dishes before falling into absolute poverty when he returned home to England. His account of dosshouses, overnight shelters, simple acts of charity and hunger demonstrates both the reality and the beauty of poverty.

Narcissus and Goldmund by Hermann Hesse

What are reason and sobriety without the knowledge of intoxication? Narcissus and Goldmund are two students at a monastery in the middle ages. They are the best of friends and absolutely different from each other. Narziss stays within the monastery, serious and pure, and Goldmund ‘let himself be led into the night, into the forest, into the blind secret wordless, thoughtless country…’ Hesse’s description of his long journey around the countryside and back to the monastery is the most beautiful thing written in the twentieth century.

A separate peace by John Knowles

Regarded as a modern classic in the author’s home country America, this novel of adolescent idealism, imagination and confusion is sadly neglected east of the Atlantic. A group of boys are made to stay at school over the summer and there they invent sports to amuse themselves. Phineas is good-looking, charming and athletic and his devoted best friend Gene might just be getting a little bit jealous. One day, whilst up a tree, he makes a decision that could ruin his best friend’s life forever.

The picture of Dorian Gray by Oscar Wilde

At the time of its publication, one reviewer claimed that The Picture of Dorian Gray ‘will taint every young mind that comes in contact with it’. It is vulgar, unclean, poisonous, discreditable and an immoral sham. Or so they’d have us think. In reality it is an elegant story of a young man who wishes that a portrait of himself will show the effects of all the bad things he does whilst he himself remains young and good-looking. Remarkably, the uncensored version of this book remained unpublished until 2011. But it’s still rather tame by modern standards.

Catcher in the Rye by J D Salinger

Sadly spoilt for many readers due to its inclusion on the GCSE English curriculum, Catcher in the Rye is in fact a wonderful book about trying to just be you whilst everyone else is trying too hard to fit in and be liked by everyone. Screw the phonies. Read this for fun.

These days, DHL is better known for writing Lady Chatterley’s Lover, which was banned for being smutty. His other novels aren’t as rude and are much better-written. T his, his third, is an extraordinary story of a talented artistic lad growing up in a mining community who comes into conflict with both his parents, in very different ways.

The turn of the screw by Henry James

One of the best ghost stories ever written, yet completely atypical of the genre. No headless men or bumps in the night, just a load of unanswered questions.