When we replaced our public computers last year we thought about what the public wants to do on them. We also ran a survey asking what software they’d like.

Unsurprisingly, a lot of customers simply want to check email and social media (and play Candy Crush) — all they need is a decent web browser. We install the latest versions of Internet Explorer, Chrome and Firefox on all our Windows computers.

Some want to work on CVs, letters or presentations, so our Windows machines have the full Office Suite. Customers can also bring in their own devices and use free wifi in any branch.

However, we were interested in finding new uses for our computers — and ways to reach new customers. The most obvious group we’d like to get into libraries more is children, especially those of school age.

We’ve made a few efforts to make our PCs more appealing to younger users. For example, we’ve put touchscreen computers in some children’s areas. That’s good, but the most obvious way to get children using the computers is to put games on them.

And by games, we mean the hugely popular Minecraft.

If you haven’t heard of it, Minecraft is a game where you build and live in heavily pixelated worlds. It’s extremely popular with children (and lots of adults). 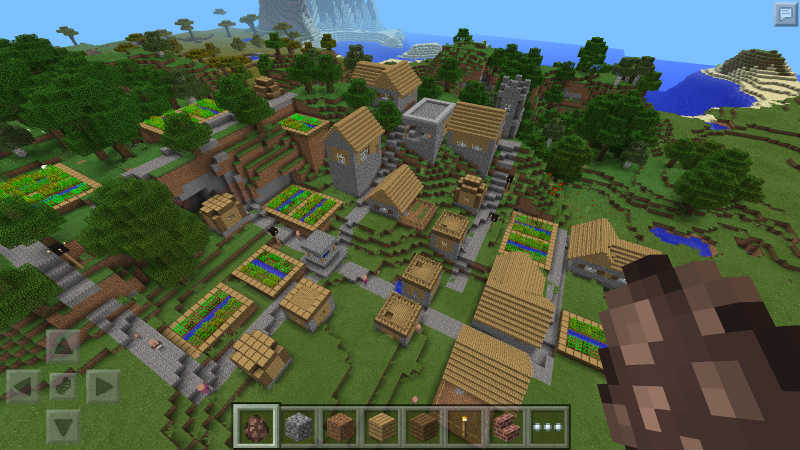 All our Windows PCs come with Minecraft installed. We also run a Suffolk Libraries Minecraft server. So if you’re into the game you can come into any library and start playing.

We’ve had free wifi in all our libraries for several months now. The public can come in and access the internet on their own devices, and take advantage of our bandwidth and LAN to set up a Minecraft game quickly, easily and safely – or have a LAN party, as it’s known.

At Thurston Library manager Cathy has been running a Minecraft club for a few months now. The library’s next to a school, so students will pop in with their own phones, tablets or laptops and start playing Minecraft. One of them will host the Minecraft world server and all the data will pass over our wifi network. 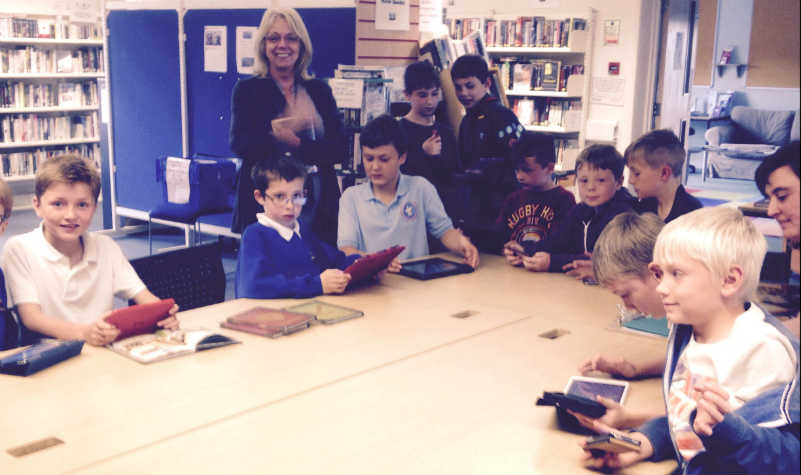 The LAN party regularly attracts more than 20 children. Cathy’s delighted with the effect it’s had on the library atmosphere and is glad she took the plunge to set the club up. It’s surprisingly simple to run these sorts of events:

Minecraft Club has been running for nearly 2 months now and I have been overwhelmed by how popular it has become. When the club is running the library is full of enthusiastic children, which I love. It is very popular with parents as well who are happy that their child is playing Minecraft with other children and not alone in their bedroom, and some of the children have made new friendships with other Minecrafters.

Some of those parents have mentioned that they have never been in a Suffolk library before, which means I can what tell them about the things we do. Three new families now have library cards and the children and their siblings have registered for the Reading Challenge.

I really look forward to the children coming in as it makes the library feel alive and their enthusiasm is infectious. I was a bit apprehensive at first as I know very little about Minecraft however once the children are connected to our wifi they pretty much just get on with it in the way that children and technology tend to do.

Libraries are traditionally seen as place where you simply come in to find a book; similarly, our computers have been used for a few common purposes over the last few years — job searches, email and CV writing for example. It’s important we offer these services to customers who might not be able to access a PC, but we want to get more people into libraries, especially those who might not normally visit us. Software and wifi can help us reach new customers.

New Suffolk Libraries video thanks people for their support