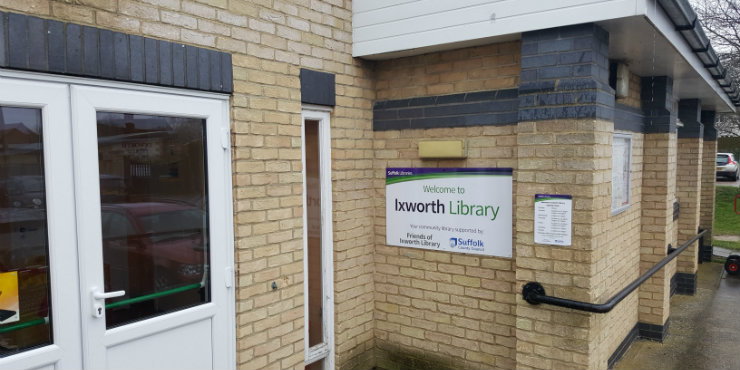 Ixworth Library customers are being asked to share their views on proposed changes to the opening hours that would result in the library being open an extra two hours a week.

The proposed changes would mean the library closing on Sundays and not opening late on Wednesdays. However, the library has been particularly quiet during these periods and we feel it would be of more use to customers to open earlier during the week with more consistent hours.

The library does not currently open earlier than 10.30am. By opening at 9am on Tuesday, Thursday and Friday, it will enable parents to visit after dropping children at school as well as being generally more convenient for many people.

Anyone in the Ixworth area is encouraged to fill in this brief survey on the proposals. The consultation runs until 17 May.

Suffolk Libraries lines up more top author talks for May

Rushmere local pop-up library to resume in May

"I'm a better mum for it." How Suffolk Libraries is tackling maternal mental health