As an employer with over 250 staff, Suffolk Libraries is required by law to carry out Gender Pay reporting under the Equality Act 2010 (Gender Pay Gap Information) regulations 2017.

The full details of our Gender Pay Gap reporting are shown below, and the following factors should be considered:

Our Senior Leadership Team is fully committed to focusing on development opportunities across the organisation and especially on enabling all colleagues to fulfil their potential. For example, Suffolk Libraries was one of the first organisations in England to take on apprenticeships as part of the governments Kickstart scheme. The majority of those given opportunities were female.

The organisation is in the process of creating development pathways for colleagues and offered several secondments in 2021. Suffolk Libraries has created an Accessibility and Diversity Board to ensure voices from across the organisation are represented and heard. 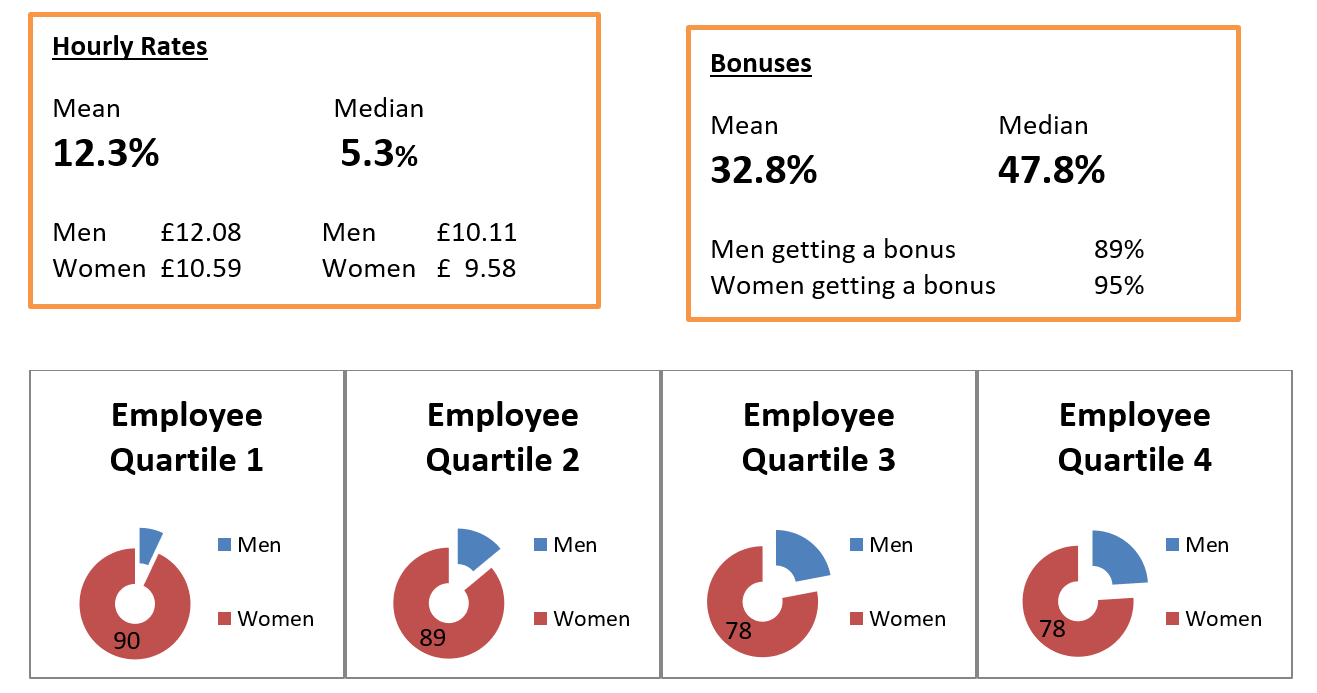 Note: Quartiles are calculated by dividing the workforce into four equal size groups and show the proportion of men (blue) and women (pink) in each quartile band, Quartile 1 being the lowest and 4 being the highest.